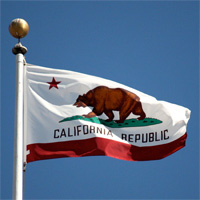 Hinduism is inherently discriminatory says The State of California 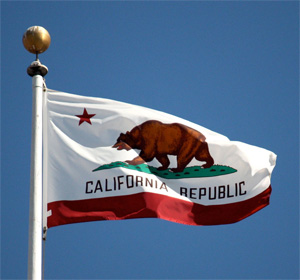 The lawsuit, filed by California’s Department of Fair Employment and Housing in June 2020, alleged that Cisco “engaged in unlawful employment practices on the basis of religion, ancestry, national origin/ethnicity and race/color” against the engineer, who was not named in the complaint. The lawsuit names as co-defendants two supervisors of the engineer’s team, Sundar Iyer and Ramana Kompella.

According to the lawsuit, the engineer was allegedly “expected to accept a caste hierarchy within the workplace where [he] held the lowest status within the team and, as a result, received less pay, fewer opportunities, and other inferior terms and conditions of employment.” When the engineer opposed the treatment, they allegedly “retaliated against him” by reducing his role on the team, isolating him from colleagues and giving him assignments that were “impossible to complete under the circumstances,” the lawsuit claimed.

HAF motion to stop the state of California

In a press release dated January 13, 2021, the Hindu American Foundation (HAF) filed a motion in Santa Clara County Superior Court to intervene in the case of California Department of Fair Employment and Housing v. Cisco Systems. HAF has filed for injunctive relief to prevent the state’s overreach and violation of Hindu American rights under the First and Fourteenth Amendment and California’s Unruh Civil Rights Act. HAF’s motion to intervene takes no stance on the specific allegations of discrimination in the case.

HAF executive director Suhag Shukla said: “HAF vehemently opposes all discrimination and stopping it is a worthy goal, one that directly furthers Hinduism’s teachings about the equal presence of the divine in all people. But, wrongly tying Hindu religious beliefs to the abhorrent act of caste discrimination undermines that goal and violates the First and Fourteenth Amendment rights of all Hindu Americans.”

The press release further states that California argues Cisco failed to address discrimination against one of its engineers by co-workers on the basis of his presumed caste. California adds that caste is “a strict Hindu social and religious hierarchy” and therefore an integral part of Hindu teachings and practices.

HAF states that in framing its argument in this way, California is attempting to do what the Constitution clearly says it cannot: defining Hindu religious doctrine for Hindus.

According to the court document, HAF states that the State of California is attempting to define Hinduism against the beliefs of an overwhelming number of its own adherents, in direct violation of the constitutional right to the free exercise of religion. It is attempting to chain Hinduism to a discriminatory practice abhorred by and rejected by the vast majority of Hindu Americans. And in doing so, the State of California is violating the First Amendment and due process rights of all Hindu Americans.

The press release from HAF also includes a statement by Tim Travelstead, managing attorney at Narayan Travelstead PC representing the case on behalf of the HAF. He said, “In the United States, there is no role for government to define our religious beliefs, whether it be Hinduism, Islam, Judaism, Christianity or any other. In fact, the Constitution expressly prohibits it. HAF’s actions are an important step in protecting the rights of all Americans”.

Mr. Travelstead also stated that his client is not asking the court to block the case, “but to dismiss the religious claims erroneously linking the caste system to the Hindu religion.”

HAF also pointed out a very important fact that should California’s attempted violation of the First Amendment rights succeed, the due process rights of all Hindu Americans would also be violated.

In its filing, HAF asserted that California provided no definition or workable method to determine anyone’s caste other than an assumption that Hindus of Indian decent must identify as part of a specific caste, ascribe to a “social and religious hierarchy,” and engage in caste discrimination. This inaccurate and unconstitutional definition would perversely lead to increased targeting of and discrimination against Indian-origin, and particularly Hindu workers, the Foundation stated.