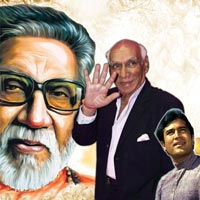 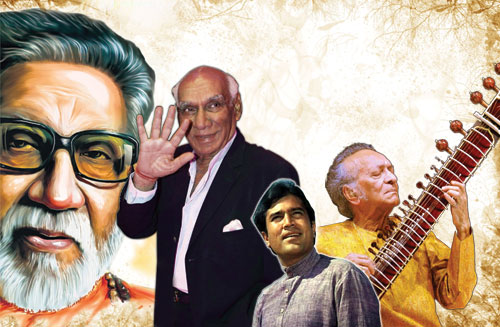 Just as we look forward to a New Year and welcome it with great enthusiasm, we also look back and realize just how quickly time goes by. As we bid the year goodbye, we also welcome the challenges and excitement that only another January can bring.

For many, the end of the year is a chance to look back and review how we spent the year, the gains and losses that have been made, and of what can be done better in the year to come. While there may be some significant high points, no year is complete without its fair share of low points. Though we cheerily welcome little ones into the world, it is often hard to cope with letting go of those we love and cherish.

When people die and move one, often a void that is hard to fill is left behind. While some people pass away leaving memories, others leave a legacy. Here is a look at some of the eminent personalities who passed away this year. 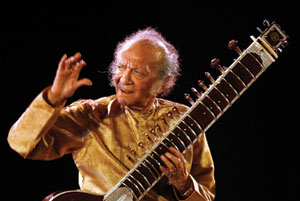 Ravi Shankar
The world of music felt its greatest loss when Pandit Ravi Shankar took his last breath. Though he lived a full life, we still cannot help but feel that he had many years of music more ahead of him. Having given music some of its most enchanting contributions throughout the years, Pandit Ravi Shankar not only managed to amass a great fan-following in India, but also found widespread acclaim abroad. He gave numerous performances overseas, and also found many opportunities to collaborate with international artists of the greatest repute. He was instrumental in bringing the Beatles to India, and had several other performers vying for chances to share his genius.

His life was not without controversy. With a marriage to his teacher’s daughter rather early in his life, Ravi Shankar found a great passion for life and women. Over time, people stopped speculating about his personal affairs and focused most on what mattered most – his music.

Ravi Shankar proudly fathered two daughters. Anouskha has taken after her father and plays the sitar professionally. She is also a noted composer in her own right. Norah Jones, on the other hand, has carved a niche for herself in the world of jazz. While he may live on through his children, it is his own music that will help Pandit Ravi Shankar stay immortal in our hearts forever.

Ravi Shankar was not just for lovers of classical music alone. He composed light music, lent his genius to films through their scores, and even enjoyed playing fusion music, which is what made him appeal across genres. What was especially relevant about his music was the fact that it was always fresh and contemporary, enabling people to connect with him and his art better.

If you have ever had the opportunity to see Ravi Shankar perform, you likely noticed a deep sense of sincerity to his art and a smile that never failed to leave his lips. He enjoyed and worshipped his life’s work, making it hard for anyone to come away unimpressed. 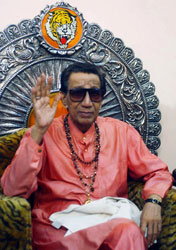 Balasaheb Thackeray
He was among the most controversial politicians of his time. It is hard to even call him a politician since he has not actively contested elections for some time. However, politics in Mumbai stands up straight at the mere mention of the name Balasaheb Thackeray. His theories were not completely conventional, and his methods may not have been completely acceptable. However, few people really dared to stand up to Balasaheb, let alone rub him the wrong way.

He did plenty of good. Gave the Marathi locals a sense of identity and belonging, and truly brought about their betterment. While people were threatened and roughed up along the way, many swore that Mumbai was only safe in his hands and those of his Shiv Sena. With a passion for wine, caricaturing, and a dry sense of humor that distinguished him, he found several friends who respected him for the goodness in his heart, and for his willingness to go out of his way to help.

Bal Thackeray was excellent as a strategic thinker, cartoonist and orator. Skills that he possessed and honed over the years, the man knew how to use them to perfection. He could move you, hit you below the belt, and engage you like none other.

The truth of a man’s life is seen during his death. People swarmed the streets and his burial ground was swelling at the seams, making his among the best-attended funeral processions in Indian history. While his family and other able leaders will help carry forward his mission, the Shiv Sena may just have lost its echoing roar. 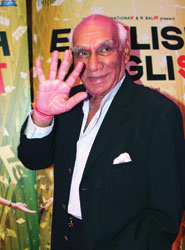 Yash Chopra
Yash Chopra gave the world hope and faith – a reason to believe in love. His life was all about work, and his movies were about romance. While he did touch upon evils and social issues, the undercurrent of love was unmistakable. While the world wept, cheered and stayed rapt in attention, few really knew how much it took for his man, and the sacrifices he made along the way.

Yash Chopra’s movies were clean and honest, much like the person he was. They were always appealing no matter how many years into their release the films were watched. In the same way, Chopra was the same as a friend and human being. No matter how long he was out of touch or where in the world he may be, his friendships were always as good as new. His love and affections touched everyone with whom he worked. Just as he could sense and visualize a scene with every minute detail, he could sense tension, fatigue and apprehension in the stars. This is how he was able to make them feel at ease and extract the best performances with the least amount of effort. Everyone has only praise for Yash Chopra. He truly lived to be a bigger success than the millions he earned. 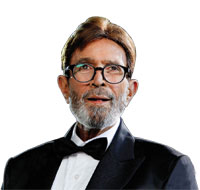 Rajesh Khanna
Defying conventional norms of tall, beefy heroes, Rajesh Khanna made a mark for himself with his own unconventional methods. He found ways to mold his characters and just the right angles to show off his strengths, making he a heartthrob. Women would swoon at the mention of his name, and he became the star of his time. Stellar performances and big hits ensured that Rajesh Khanna is still considered to be among the greatest stars ever known in the business. After marrying Dimple Kapadia at her prime, Rajesh Khanna became a family man with two beautiful daughters, of whom he was extremely proud. His love for women remained, and there were many dalliances thereafter. He was soon lost, with no roles and little to contribute. Failing health also got the better of him, and he was reduced to a frailty. With his death, we mourn the passing of a life-like lover-boy with whom most men identified. 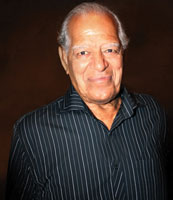 Other Big Names of 2012
Dara Singh was the iron man, complete with his musles and macho image. However, we can never forget him as the dutiful Hanuman and his realistic portrayal that gave everyone renewed faith in the monkey-God.
His innuendos got us all thinking. His acts may have been ridiculously funny, but they all compelled thought, and brought to life issues we are faced with. Jaspal Bhatti and his humor will be missed.

Humility speaks louder than the biggest slogans. Verghese Kurien stood for everything that progress indicates. A clear interest in humanity, quiet sophistication and sincerity enabled him to bring about a much-needed milk revolution. Amul today is the greatest representation of his work, and no one can easily forget what the man has gifted us all.

A. K. Hangal never lived a day as a strapping young man. Instead, he was always portrayed as the elderly gentleman – whether as a senior police inspector, the ever loving but helpless chacha, or even the man with shades of grey. However, we all got to enjoy his aged characters and his acting prowess for decades, and through several films. He will always be remembered through his work. 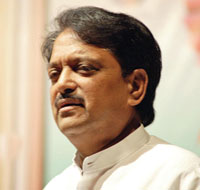 A politician loved by many, Vilasrao Deshmukh had plenty to showcase. He had the complete family that stood for everything ideal, a gentle disposition that won many hearts, and an earnestness that was hard to miss. After being immensely successful in politics in Maharashtra, he went on join the Centre, finding himself a place there too. With his untimely death it is not just his family but many others, who feel a sense of loss.

These are just a few, and almost certainly everyone who is a part of this country leaves behind something special to be remembered by. We thank them all and bow down in reverence, hoping they will shelter, nurture and guide us through the coming years too.