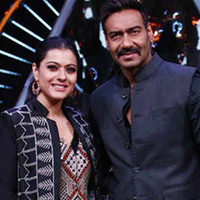 Ajay Devgn and Kajol to come Together for their Tenth Film? 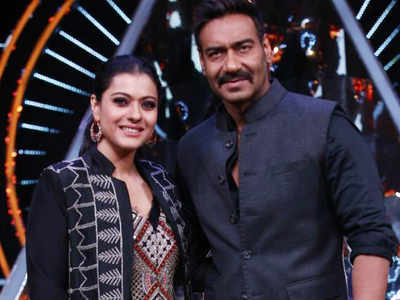 Ajay Devgn and Kajol is one of the most loved and popular Bollywood jodis. The real life couple is currently working together on a period drama Tanhaji: The Unsung Warrior, based on the life of the 17th-century Maratha military leader, Tanaji Malusare. According to the reports, after Tanhaji, Ajay and Kajol will soon be seen opposite each other in a romantic comedy. And this will be their 10th film together.

Ajay Devgn and Kajol have worked in many films, such as Pyaar Toh Hona Hi Tha, Gundajraj, Ishq, Hulchul, and more. As per the reports, Ajay has registered three new film titles and the couple is waiting for a final script before making any official announcements. Three titles that have been registered are – Romance Aur Kya, Dhoka Around The Corner and Dhoka. Though the couple is tight-lipped about the project, the film is said to be a mature couple’s take on love and romance. If everything goes according to the plan, the film will go on floors in 2020.

Ajay and Kajol are a classic case of opposites attract. One of the most adorable couples in Bollywood, the duo is known for their compatibility and understanding. The first met in 1995, on the sets of their first film together, Hulchul. While it was not love at first sight, they grew closer as friends, and eventually fell in love. Ajay Devgn and Kajol got married on February 24, 1999; and they have two kids, Nysa and Yug.

The talks of their 10th film together, reportedly, happened during Kajol’s birthday week, when the actress flew to Bhuj to meet Ajay who was shooting there. Their fans are definitely excited to see the couple together once again in a romantic film.