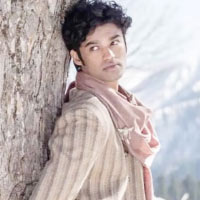 The living legend superstar Amitabh Bachchan highly praised the upcoming Netflix original film Qala directed by Anvita Dutt Guptan. The film also marks the debut of Babil Khan, the late actor Irrfan’s son. Big B was extremely impressed by the glimpse of the making of Qala and expressed his pleasure and best wishes to the director.

Qala is produced by Anushka Sharma and her brother Karnesh’s production company Clean Slate Films and the cast includes Babil Khan, Tripti Dimri and Swastika Mukherjee in lead roles. Babil Khan is also very excited about his debut film and shared the clip of the making of the film on his Instagram account. Tripti Dimri was the lead actor in Netflix’s film ‘Bulbul’, which was also produced by Anushka’s production house and directed by Anvita. After the success of ‘Bulbul’, they are happy to announce their second production with Netflix.

Qala is a story based on a mother-daughter relationship, where a daughter struggles to get her mother’s love. Babil is a bit doubtful about the tag of ‘getting launched’ put on him. In his opinion, the viewers should launch off their seats while watching Qala, the film, instead of any specific actor.

Post Views: 81
Editorial May 2021
Understanding Mental Health in Our Community