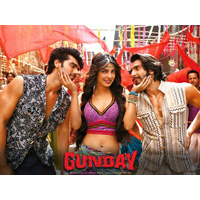 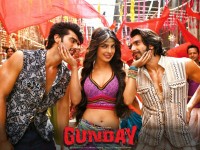 Gunday earns $4.65 million in two days
Gunday, starring Priyanka Chopra, Arjun Kapoor and Ranveer Singh, has received mixed response from audiences and critics alike. While some call it a refreshingly different movie, others call it a potpourri of confusing ideas. Its first weekend earnings were an ordinary $4.65 million, equal to Rs. 29 crores. In this era of 100 crore blockbusters, will this movie reach the landmark? Gunday, directed by Ali Abbas Zafar, has been in news for the scintillating chemistry between Arjun and Ranveer.

Another Ranbir – Deepika film in the works

After the super success of Yeh Jawaani Hai Deewani, the sizzling couple Deepika and Ranbir is all set to team up for the second time in Imtiaz Ali’s upcoming movie. A.R. Rahman will compose the film’s music, and the composer-lyricist is Irshad Kamil. The team is expected to start filming in mid-2014. Considering the fact that Ranbir has now broken up with Katrina Kaif, is the chemistry between him and Deepika going to get any hotter? We can only wait and watch. 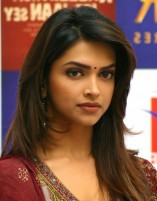 Deepika Padukone, the current golden girl of the Hindi film industry, is inundated with offers but she says that Shuddhi is not among the offers. Clarifying rumors about being cast for the Shuddhi, a movie originally meant for Kareena Kapoor and Hrithik Roshan as the leads, Deepika claimed that she would love to do the movie if given a chance. She also said that Karan Johar, the producer of Shuddhi, would never approach her if he was not sure she would be a good fit for the role. The film has been delayed for some reason or the other ever since the star cast was announced. First, it was postponed because Hrithik had to undergo brain surgery. Later, following his divorce, the actor is said to have opted out of the project. Within a few weeks, Kareena made her exit. The current status of the movie is unsure.

Randeep Hooda likes being called “underrated”
Randeep Hooda has made a special name for himself with significant roles in films such as Heroine, Once Upon A Time in Mumbai, Risk, Jism 2, Saheb Biwi Aur Gangster and his debut film Monsoon Wedding. Despite this repertoire, commercial success seems to have evaded him. Still, the actor is happy in the place that he has earned in the industry. In a recent interview, he said he likes the fact that he is called underrated and that being known as such is a compliment compared to being called overrated. His upcoming film Highway, directed by Imtiaz Ali and co-starring Alia Bhatt, is very likely to bring him commercial acclaim. The actor says that he enjoys doing significant roles in independent films. He is certain about not wanting to be stereotyped in a specific type of role. 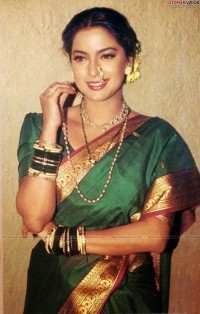 Juhi Chawla refuses to play mother
Despite the tremendous evolution of the Hindi film industry, some things don’t change. The case in question is the “motherly” treatment given to married actresses. Juhi Chawla, who looks gorgeous and young, was offered a role where she would play a mother to grown-up children. Juhi has apparently refused the role and said that she is not ready to take up such characters. However, she does not say that she will never do such roles. She only says that now is not the right time but eventually, she would go with the flow. Currently, the talented actor is busy prompting her upcoming film Gulaab Gang in which she plays a negative character.