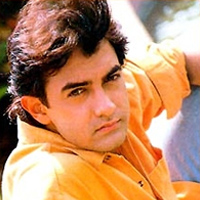 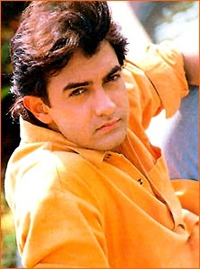 Aamir Khan’s recent com ments regarding the highly- sensitive Narmada Dam issue has irked the people of Gujarat and the local politicians alike and as such there is a virtual ban over the state in the release and screening of Aamir’s “Fanaa” and also any other film starring Aamir. The state youth wing of the Bharatiya Janata Party (BJP) has called for a mass boycott of the film and demanded an apology from the actor. Aamir is however, most unwilling to bulge, and have recently held a press conference to vindicate his stand.

On the other hand, the impassé regarding the screening of the film in the multiplexes is far from over. Many leading multiplexes including the Inox theatres still are not showing the movie. It is said that the makers as well as the distributors of the film “Fanaa” – the Yashraj Films – are asking for greater share in ticket prices from the multiplexes in the context that Yashraj films involve much higher outlay of funds that need to be recouped.

Bollywood at Cannes – No films, only filmstars !

In the international front, the presence of Indian Film representation at the 59th Cannes Film Festival also stole the news. Though any Indian film was not screened in the festival, yet the Indian filmstars and other members of the film industry have been making it a point to attend the event every year. The cynosure of all eyes – the gorgeous Aishwarya Rai is now a regular at the much hyped annual event. But this time, she was not alone, as one could also easily run into Rakeysh Omprakash Mehra, Suneel Darshan, Vishal Bhardwaj, Karan Johar, Preity Zinta and others at the show.

Sanjay Gupta is back at direction!

Sanjay Gupta, who’s mostly busy these days with production, has returned to directing after a long hiatus with a 10-minute film on infidelity, which is to be part of a series called “Dus Kahaniyan” (10 stories). The yet-to-be-titled film, which went on floors May 10, stars Arbaaz Khan, Mandira Bedi and Sudhanshu Pande.

Kajol, who’s making a sort of comeback into Bollywood with “Fanaa” , is generally known to avoid participating in stage shows, quite similar to her “Fanaa” co-star Aamir Khan. But, these two will be seen taking part in entertainment shows in the United States this September. The show organized by Vijay Taneja will witness Kajol and Aamir for the first time together on the stage.

Madhur Bhandarkar is looking for a homosexual!

Talented Director Madhur Bhandarkar is presently scouting for an able actor who can play the role of a homosexual alongside his lead actress Konkona Sen Sharma in his forthcoming film ‘Signal’, also starring Neetu Chandra, Ranvir Sheorey and Kunal Khemu. Bhandarkar is said to have approached several film and television actors, but most of them have refused. The director, who has films like “Chandni Bar”, “Aan” among others to his credit describes award-winning actress Konkona Sen Sharma, who plays a sex worker in the film , as an “ideal choice” for the role.

Dev Benegal hits the road with his new movie !

Writer-Director Dev Benegal is all set to make his first feature film in Hindi – to be named “Road, Movie”. The movie is about a young man who hits the highways in search of his destiny on a truck laden with reels of films. The film, expected to be made with a budget of around Rs. 8 crores, will be an international co-production and is set to roll by the end of this year.

Back home, the first death anniversary of the actor-politician late Sunil Dutt was observed on the 25th of this month in a simple function held at the Juhu Beach. Among those present were his son Sanjay Dutt, daughters Priya and Namrata as well as representatives from the Congress party, Bollywood and of course, his numerous admirers. 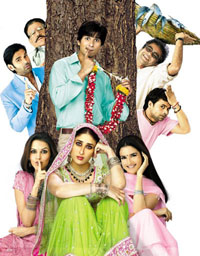 All set to release in the first week of June is UTV International’s next home production “Chup Chup Ke” that will be director Priyadarshan’s first Hindi romantic comedy. The film starring Shahid Kapoor, Kareena Kapoor, Paresh Rawal, Neha Dhupia and Rajpal Yadav among others will be the latest among UTV’s recent series of releases that include “Rang De Basanti”, “Taxi No.9211” and “Humko Deewana Kar Gaye”.

Pakistan, on the other hand, has imposed a ban on the veteran Indian actor Feroze Khan for his alleged verbal attack on Pakistan and its people, in his recent trip to the country – which was meant to promote his brother’s film “Taj Mahal” as well as to mark the occasion of the release of Indian movies in Pakistani theatres after one year.