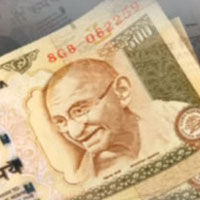 Union Cabinet approves ordinance related to demonetisation of old 500 and 1000 rupee notes. After 31st March 2017, possession of the demonetised notes beyond a specified amount to attract a monetary fine.

Currency notes across the world carry their Central Banks’ promise to pay the bearer the amount of the value of the note but Reserve Bank of India will not be bound by that pledge anymore with the Union Cabinet headed by Prime Minister Narendra giving its approval to an ordinance relating to demonetised 500 and 1000 rupee notes.

The ordinance proposes to end the liability of the govt and RBI on the demonetised high denomination notes after 31st March.

The Specified Bank Notes Cessation of Liabilities Ordinance makes holding of old 1,000 and 500 rupee notes post 31st March beyond a threshold amount an offence that will attract a monetary fine.

Strict conditions have been imposed for allowing deposit of old 500 and 1000 rupee notes in specified branches of RBI after 30th December.

Specified branches of RBI will accept demonetised notes till 31st March, but only for exigencies or if the branches are convinced about the reasons mentioned in the declaration form.

Experts say that the ordinance provides legislative support for extinguishing the demonetised banknotes that are not returned.