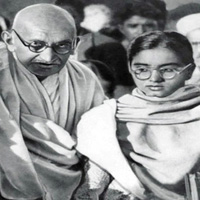 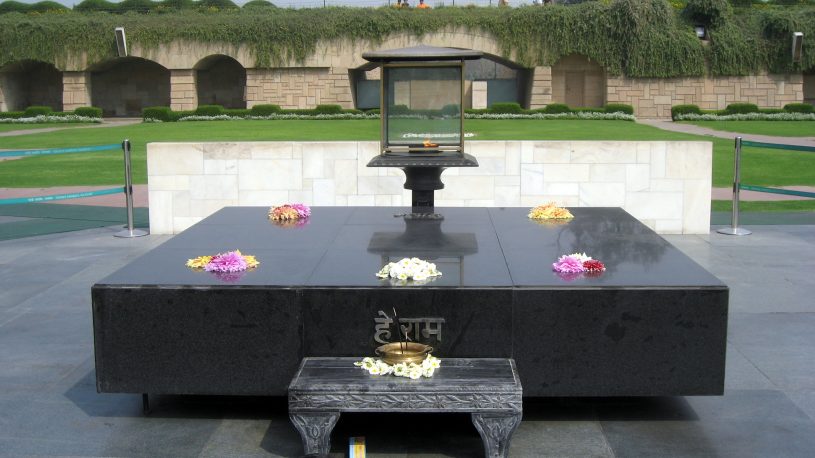 “I shall not live to be forty years old.” That was the statement made by Swami Vivekananda long before he died. He then passed away at the age of thirty-nine years, five months, and twenty-four days, thus fulfilling his own prophecy. So is it true that living saints are given some intimation of their own mortality? Let us examine some facts about Mahatma Gandhi’s last 48 hours. Gandhi ji may not have said in exact words as Swami Vivekananda did, but in the last few days what Gandhi ji said to others indicated he may have seen the end of his own life.
Gandhi often said that he would live 125 years or more. But on January 29, one day before his assasination, Margaret Bourke-White, a photographer for LIFE magazine, asked Gandhi ji in an interview, “Do you stick to your desire to live to the age of 125 years?” He replied, “I have lost that hope because of the terrible happenings in the world. I don’t want to live in darkness.” 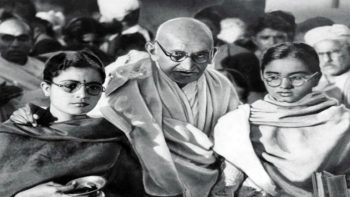 Right after the interview, a troubled member from a group of villagers who were homeless due to communal riots came to see Gandhi ji. One angry villager told him, “You have done enough harm. You have ruined us utterly. Leave us alone and take your abode in the Himalayas.” In the past, many people disagreed with Ganhdiji and expressed similar thoughts. But he took these words very seriously and thought this was an indirect message from God that his end is near. Later that day, he told one of his good friends, Brij Krishna Chandiwala, “You should take that as a notice served on me.”
Gandhiji also shared his feelings with his grandniece Manuben Gandhi while walking to his evening prayer. He shared, “The pitiful cries of these people is like the voice of God. Take this as a death warrant for you and me.”
He repeated his feelings in front of everyone at the prayer meeting: “I have become what I have become at the bidding of God. God will do what he wills. 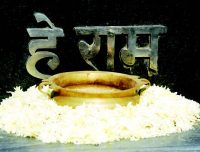 He may take me away. I shall not find peace in the Himalayas. I want to find peace in the midst of turmoil or I want to die in the turmoil.”
Manuben Gandhi in her book Last Glimpses Of Bapu cited a similar incident that occurred when Gandhi ji fell ill and was coughing.
Bapu began to cough. Tears welled up in my eyes to see his condition. Alas! Bapu’s anguish is growing day by day. For him there is now no one to fall bark upon except God, While he was coughing, I asked quietly, “Why not take a lozenge of penicillin? Sushilaben has left some with me. Otherwise, you may get an attack of influenza.” As I said this, Bapu felt more distressed and said, “You alone are my partner and helper in this sacrifice. Till now I have not given such motherly counsel to anybody except you. I struggled through life for your sake. I threw you in the sacrificial fire and you emerged safe and sound. The virtues I saw in you, I did not find in any other girl. Therefore, I want to tell you what I have told a number of times before. If I were to die of disease or even a pimple, you must shout to the world from housetops that I was a false mahatma. Then my soul, wherever it might be, will rest in peace. People might well swear at you for my sake; yet, if I died of illness, you should declare me a false or hypocritical mahatma. And if an explosion took place, as it did last week, somebody shot at me and I received his bullet on my bare chest, without a sigh and with Rama’s name on my lips, only then you should say that I was a true mahatma. This will benefit the Indian people.” 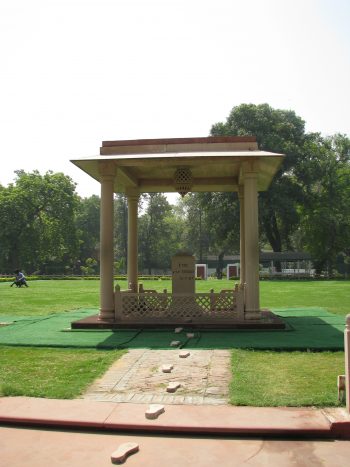 One more incident worth noting. At 4 pm on January 30, his last day on earth, two leaders from Kathiawar Rasikbhai Parikh and Dhebarbhai had come to meet Gandhi ji. They arrived while he was in the meeting with Sardar Vallabhbhai Patel. Manuben told Gandhi ji about the visit of Kathiawar leaders. Gandhi ji said, “Tell them that, if I remain alive, they can talk to me after the prayer on my walk.” Unfortunately, that discussion never happened.

More than 70 years have passed since Gandhi ji took his last breath. We will never be sure whether Ganhdiji had an indication of his end. But his life journey will be remembered for years to come. In the article “The Last Hours of Mahatma Gandhi,” Stephen Murphy, co-ordinator of the International Gandhian Movement, writes:
Gandhi had journeyed through a lifetime from Porbandar to Delhi. He had journeyed from a struggle against disenfranchisement in Natal, to one against British rule of India, to one for peace and justice in free India. He had journeyed from ordinary young man to Mahatma. He had journeyed “from untruth to truth, from darkness to light, from death to immortality.” His teachings had journeyed from India to the four corners of the world. Gandhi, the soldier of Truth, lay on the soft, moist earth, his body sacrificed. But Gandhi had never fought with the body but with the spirit, and that remained untouched.
Let me end this article with a quote from Gandhi ji himself on death: “Death is a celebration… death is God’s eternal blessing. The body falls and the bird within it flies away. So long as the bird does not die, the question of grief should not arise.”
Indeed the bird flew away, but it never died. Dr. Diwakar sums up Gandhi ji’s thoughts in a few words: “The four words, truth, nonviolence, Sarvodaya and Satyagraha and their significance constitute Gandhi and his teaching.” These are indeed the four pillars of Gandhian thought.

His is the One Luminous, Creator of all, Mahatma
Always in the hearts of people enshrined,
Revealed through Love, Intuition and Thought
Whoever knows Him, Immortal becomes!!!
Bless us O Bapu, so that we may attain Success in all that we do!

A software engineer by profession, Indian culture enthusiast, ardent promoter of Hinduism, and a cancer survivor, Raj Shah is a managing editor of Desh-Videsh Magazine and co-founder of Desh Videsh Media Group. Promoting the rich culture and heritage of India and Hinduism has been his motto ever since he arrived in the US in 1969.
He has been instrumental in starting and promoting several community organizations such as the Indian Religious and Cultural Center and International Hindu University. Raj has written two books on Hinduism titled Chronology of Hinduism and Understanding Hinduism. He has also written several children books focusing on Hindu culture and religion.

co-ordinator of the International Gandhian Movement

The four words, truth, nonviolence, Sarvodaya and Satyagraha and their significance constitute

Gandhi and his teaching, four pillars of Gandhian thought

Raj Shah is a managing editor of Desh-Videsh Magazine

rich culture and heritage of India