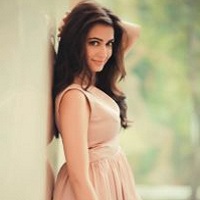 Finally Kriti gets her own voice!

Vikram Bhatt’s ‘Raaz Reboot’ is rather special for the film’s heroine Kriti Kharbanda for more reasons than one.

Not only does the film mark the South star’s Bollywood debut, but this is also her first ever horror film and the first film that she has dubbed for! Yes, the actress with several superhits down South to her credit had never dubbed for her own voice before RR and Kriti shares that it is more difficult than acting!

Kriti says, “Dubbing for ‘Raaz Reboot’ was my first dubbing experience as all of my films in South were dubbed since I don’t speak those languages. And I really think that dubbing is more difficult than acting. While acting, you just go with the flow of what you are feeling and emoting, but dubbing requires recreating and reliving every emotion again. So, it better match up to the performance or up it.”