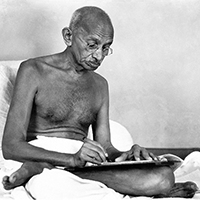 Gandhi: Both Inspirational and Inspired! 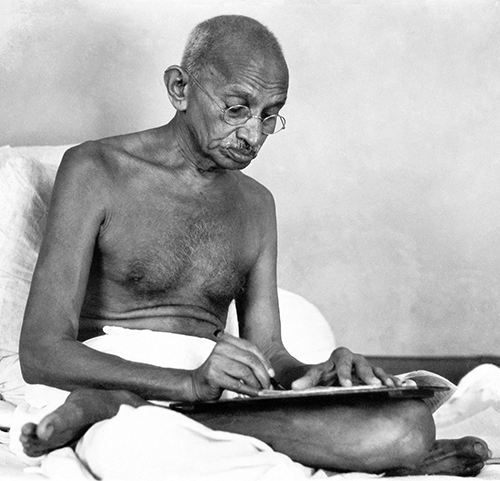 Currently, not only in India, but all over the world, millions of people including political leaders from hundreds of countries are getting inspired by Mahatma Gandhi. In this article, however, we will look into how Mahatma Gandhi was inspired. Gandhiji was a people person. He met hundreds of people every day. He was also a very avid reader. Therefore, it should come as no surprise that he was inspired by people as well as books. Mahatma Gandhi himself has said, “Three moderns have left a deep impression on my life and captivated me — Shrimad Rajchandra by his living contact; Tolstoy by his book The Kingdom of God is Within You; and Ruskin by his book Unto This Last. Besides these three personalities, Gopal Krishna Gokhale, the Gita, and the Bible were lifelong sources of inspiration for Gandhi.

Gandhi met Shrimad Rajchandra on his return from London to India in Bombay. Gandhi was at once convinced that Rajchandra was a man of great character and learning. He was a real seeker of truth. Gandhi very often found him absorbed in Godly pursuits in the midst of weighty business transactions. Gandhi never saw him lose his state of equipoise. Above all, Shrimad Rajchandra’s impression as a spiritual guide on Gandhi’s mind was unrivaled, and Gandhi implicitly believed that Rajchandra would never willingly lead him astray. In turn, Rajchandra would always confide in Gandhi his innermost thoughts. 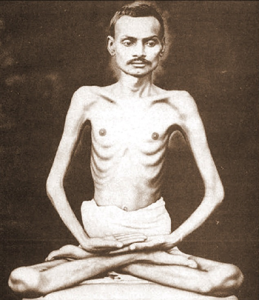 Gopal Krishna Gokhale, the rare gem among contemporary moderate political leaders, welcomed Gandhi as if they were renewing an old friendship. Gokhale seemed like the Ganga to Gandhi where one could have a refreshing bath in the holy river. In the sphere of politics, the place that Gokhale occupied in Gandhi’s heart was absolutely unique. Gokhale embodied the goal of spiritualizing in politics, and Gandhi steadfastly adhered to it by further enriching it. It is significant to remember that Gandhi has devoted seven chapters exclusively to Gokhale in his autobiography. Finally on his return from South Africa to India in 1915, Gandhi looked upon Gokhale as a sure guide whenever he was in difficulty which took a great load off Gandhi’s mind. 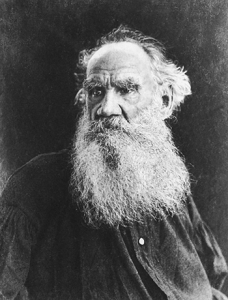 Tolstoy of Russia was the only one with whom Gandhi had some prolonged correspondence. Both Tolstoy and Gandhi worshipped in the common shrine to the same heroes — i.e. Buddha, Socrates, Upanishads, and Gita. Neither were mere philosophers, but teachers of humanity who endeavored hard to practice what they preached. Gandhi described himself with characteristic candor as Tolstoy’s disciple in his letters to Tolstoy. Similarly, Tolstoy wrote to Gandhi emphasizing the almost pivotal significance of Gandhi’s Satyagraha in South Africa. Tolstoy was the prophet of the latter half of the nineteenth century and Gandhi of the first half of the twentieth century. Finally, Tolstoy’s book The Kingdom of God is Within You overwhelmed Gandhi. It left an enduring impression on Gandhi. Tolstoy manifested independent thinking, profound morality, and truthfulness.

Ruskin, the English thinker, was perhaps the most powerful source of inspiration when Gandhi himself described Ruskin’s book, Unto This Last, as “the magic spell.” Gandhi had been offered Ruskin’s book by Gandhi’s intimate friend Mr. Polak, and Gandhi read it on his train journey from Johannesburg to Durban. The book gripped Gandhi so much that its teaching appealed to him instantaneously, and Gandhi paraphrased it into Gujarati as “Sarvodaya,” the welfare of all. Gandhi learned the teachings of the book:

Gandhi read the Gita for the first time in England, and it made a deep impression on his mind. He regarded the Gita par excellence for the knowledge of Truth, and it afforded him invaluable help in his moments of gloom. The Gita became Gandhi’s lifelong companion and guide, especially the last eighteen verses of the second chapter of the Gita. Gandhi derived the gospel of selfless action, or duty, from the Gita. His commentary on the Gita reflects his life and mission.

Gandhi read the Bible, especially “The New Testament” and “The Sermon on the Mount” which went straight to his heart. The compassion and renunciation of Jesus appealed greatly to Gandhi.

Here is a list of other books which inspired Gandhiji:

India: What Can It Teach Us? By Friedrich Max Muller