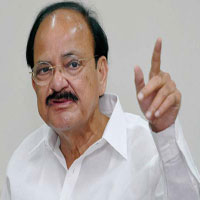 The government asserted that it is giving all possible support to Andhra Pradesh to meet losses due to division of states.

Intervening in the short duration discussion on grant of special status to Andhra Pradesh in Rajya Sabha, Information and Broadcasting Minister Venkaiah Naidu said the Centre will fulfill all promises made to Andhra Pradesh under the Andhra Pradesh Reorganisation Act, 2014, would be fulfilled in a record time.

While, listing out a slew of initiatives taken for the state’s development, he said that no government has ever done as much as by the NDA government for the state in the country’s history.