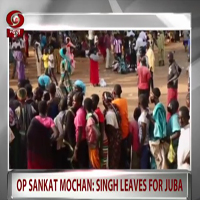 The operation will be overseen by Union Minister VK Singh, who left for Juba Thursday morning.

This development comes a day after External Affairs Minister said the government had set up a special task force to evacuate Indian citizens from the war-torn country.