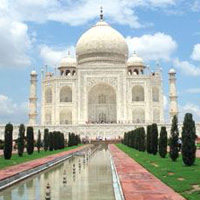 On the north of India, the hugely intimidating yet exhilarating snow capped peaks of Himalayas beckons the adventurous explorer to enjoy the maximum; while on the east, west and southern boundaries of the nation, the cool blue waters of the seas wash down the fatigue 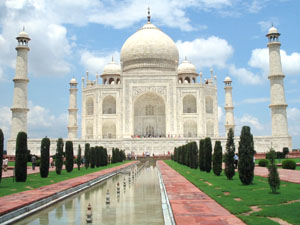 Fages together, India has remained one of the most preferred travel destinations for the global wanderer. People from Australia to Yemen, Bulgaria to United Kingdom and Canada to Zimbabwe have been timelessly fascinated by the enticing beauty of this country and have thronged in numbers – time and again! No wonder, they have! For the unaware, it might be only the land of Taj Mahal. But, one who has been here – he knows that there is hardly any other place in this universe which is so simultaneously blessed by the various manifestations of the Nature. It is, as if, Mother Nature has showered all her gifts to this rich country with open hands. On the north of India, the hugely intimidating yet exhilarating snow capped peaks of Himalayas beckons the adventurous explorer to enjoy the maximum; while on the east, west and southern boundaries of the nation, the cool blue waters of the seas wash down the fatigue of the tired traveler. For the lovers of everything royal, pompous and historical – the palaces, monuments and forts of Rajasthan proffers an enthralling experience, while those who like to be in the company of nature – for them the jungles of Madhya Pradesh, Gujarat, Assam and Uttar Pradesh brings forth the serenity in its purest form. Every state in India has a unique USP for the wanderlust. In fact, each and every state can boast of at least a hundred such places that have some kind of tourist value attached to it. The attraction of the regular and exotic travel destinations of India never cease to excite the foreigners from all parts of the world – who throng these places through out the year. Again, there is another group of travelers for whom India is not as unknown as their overseas counterparts. They are the Non Resident Indians – people of Indian origin who are distributed all over the globe but have a common string attached – their roots! They might be people from Kerala, Gujarat, Delhi or Bengal – staying in Australia, Kenya, USA or even Brazil, but their heart lies in India. For them, coming to India is not only for traveling, but to have a feel of their motherland, to refresh and rejuvenate their relationship with the soil that they belong to. Most of the NRIs that come to India for meeting their relatives and friends, often make it a point to arrange and organize a trip to some part of the country and enjoy for themselves or show their next generation the ‘unity in diversity’ that exists in India. For the NRIs bitten by the travel bug, India has innumerable tourist spots that can satiate their diverse taste. Mountain ranges, hills, seas and oceans, beaches, jungles, forts , palaces, scenery, rivers, lakes – the platter is endless. Any attempt to segregate the countless places of touring beauty in India on the basis of their natural features will indeed be a daring effort and in most probability an incomprehensive one. Yet, such an endeavor is being taken hereto, with an objective to highlight the places that any NRI will love to visit even once !

No place in the Earth has been more blessed by the presence of the biggest mountain range of the world than India. The icy, snow capped Himalayas stands aloft , spreading its wings all along the northern fringe of India – through the states of Kashmir, Uttar Pradesh, Uttaranchal, Himachal Pradesh, West Bengal and Sikkim. A number of hill stations are located in this huge mountain range that may offer a complete peace of mind and a relieving seclusion from the hustle bustle of metropolitan life. Places like Pahalgaon, Gulmarg, Leh (in Kashmir); Dehradun, Mussouri, Nainital, Ranikhet, Kasauni (in Uttar Pradesh); Chamba, Kulu-Manali, Dalhousie, Shimla (in Uttaranchal and Himachal), Darjeeling and Kurseong (in West Bengal) amd Gangtok (in Sikkim) are places worth mentioning. Not to forget places of religious interest like Gangotri, Yamunotri, Kedarnath and Badrinath, Gomukh or exotic and adventurous Pindari Glacier, Valley of Flowers, Rupkund, Hemkund , Panchkedar, Rotang Pass attracts any Indian or foreigner with the same aura and wonder ! For those who dare to tread on the unchartered path, Himalayas offer countless such destinations that are generally unfrequented, but challenges the mind, body and soul of the courageous explorer. While the Himalayas dot the northern limit of the country, other smaller mountain ranges like the Western Ghats and the Eastern Ghats on the West and Eastern coast, the Nilgiri Hills on the South, the Vindya and the Satpura Range on the central India as well as the Aravalli range in the West Indian border also boasts of a number of cool hill stations like Ooty, Connoor, Mahabaleswar, Panchgani, Mount Abu , etc that are frequented by one and all.

For the nostalgic NRI, India is just not where they have left their heart back; it is also the place where they have the roots. Every Indian, irrespective of their country of adoption feels proud about the rich heritage India imbibes and would want to share the same with their subsequent generation. For them, no doubt, the state of Rajasthan opens a Pandora’s Box. Forts, Mansions, Palaces, Monuments – you name it, they have it. The forts of Chittorgarh (Chittor), Mehrangarh (Jodhpur), Amber and Nahargarh (Jaipur) may be the most known ones, but not lagging behind in any respect are the ones at Junagarh (Bikaner), Bundi, Ranthambore and Jaisalmer. Moreover, the latter place is famous for its royal mansions or ‘Haveli’ like Nathmal ki Haveli, patwan ki Haveli and the likes ; while it also marks the commencement of India’s biggest desert – The Thar ! The palaces like Amber Palace in Jaipur and City palace and Jagnibas Palace in Udaipur continues to bedazzle the onlookers by virtue of its sheer glamour and pomp. At the same time, India;’s historical richness is not limited to Rajasthan. Not to speak about Agra – the Taj Mahal and the Agra Fort or Delhi with its numerous tourist spots of historical interest like the Red Fort or the Old Fort, several tombs and mausoleum; other places in India display similar visual treats to the travelers.

The serenity of the dense jungles, with natural flora and fauna in its sublime best – the wildlife sanctuaries and national parks of India offers mind blowing visual and mental solace to the eager traveler. Any NRI, seeking a peaceful respite from the city life and wanting to be alone with the nature must visit some these places that makes one feel how humble they are before the greatness of the nature. Jungles, which are mostly converted into National Parks, are distributed all over the country. In fact, India has around 55 National parks and 250 odd sanctuaries. In the North, one could find the Corbett National Park and the Dudhwa national Park in Uttar Pradesh, Sarishka and Ranthambore National Park and Bharatpore Bird Sanctuary in Rajasthan, Gir Forest in Gujarat; Kanheri and Melghat in Maharashtra; Satpura National park at Panchmarhi, Madhya Pradesh, Indravati & Bandhabgarh Tiger Project, Kanha national Park, in the same state are the most notable. Down south – Araku Valley in Andhra; Periyar Wild life sanctuary in Kerala; Bandipur Tiger project, Nagerhole in Karnataka; and Madhumalai in Tamil Nadu fills the list. Eastern India too, has a handful to offer. Beginning with the world famous resort for Royal Bengal Tigers – the Sunderbans Tiger Project in West Bengal, Manas, Kaziranga in Assam, Namdahfa in Arunachal, Jaldapara in West Bengal and Simlipal in Orissa – are the famous spots that hosts people from all corners of the world through out. Similarly enchanting and alluring, one could feel, about the lush green forests and highlands of the North eastern Indian states. Places in Mizoram, Arunachal, Nagaland, Assam and Meghalaya often resemble a piece of heaven being to its natural richness and scenic beauty. Exotic and sensuous in all respect, these less-frequented tourist spots are no doubt, be a major attraction for the NRI tourists. 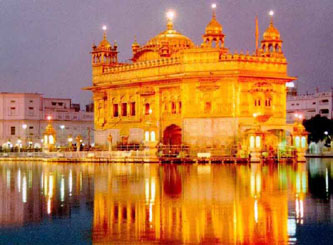 From time immemorial, Indians living abroad have made it a point to visit India to offer their prayers at their favourite shrines. It is not only the aged NRIs that throng these places of religious interest, but even the present generations make a beeline too. Places like Kedar-Badri, Gangotri-Yamunotri beckons the adventurers as well as the NRI pilgrims. Baishno Devi is also a must-see for most of them. Down to the plains, Dwarka (Gujarat), Puri (Orissa), Tirupati(Andhra), Kalighat(Kolkata), Pushkar (Rajasthan) witnesses a steady flow of Hindu tourists all around; while for the pious Muslim, the visit to Ajmer Sharif (Rajasthan) is a must. The Sikhs find peace at Golden Temple (Amritsar), while for the Budhdhists – places like Bodh Gaya and Nalanda make a revered destination.

Lastly, the Beaches and the Sea

Finally, no journey to India is ever complete without a trip to its fascinating beaches that dot the western, southern and eastern coastline of the country. Indeed, the beaches of Goa are now a part of the folklore for its variety, sensuality, warmth and ability to attract the global tourists. Beaches like Colva and Calangute are over-used, but then there are beaches.