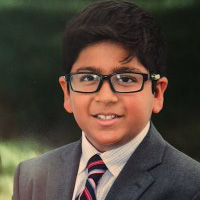 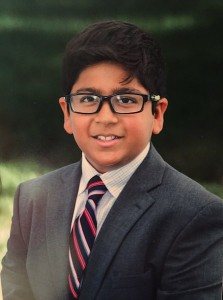 A 13-year-old Indian-origin boy has been honored in the US for his efforts to improve access to education for underprivileged students in America and around the world through his charity organization.

Ishaan Patel, founder and CEO of Planting Pencils was recently honored by the Milan Cultural Organization during the Republic Day celebration in the Legislative Office building in downtown Hartford, Connecticut, the Bristol Press reported.
Patel, son of immigrants from India, who attends Kingswood—Oxford School in West Hartford created his charity to improve access to education for underserved children around the world.

Republic Day commemorates the Declaration of Indian Independence by the Indian National Congress to become a democratic government system.

The Milan association is composed of people from India living in America. It is engaged in promoting the traditional art and culture of India in the US.

It organizes and participates in cultural events, setting up exhibitions of Indian handicrafts in schools, colleges, educational and cultural institutions, and works with other associations promoting social and civic activities.

“The goals of our organization are to let the values of our culture and heritage contribute to the strength of America, and for us to all be productive participants in the civic and social issues of the bigger community,” said Suresh Sharma, president of Milan Cultural Organization.

Mr. Sharma and all the directors of the organization were impressed by this teenager’s efforts to tackle global education problems.“Ishaan is the embodiment of those goals,” he added.
The aim of Planting Pencils is to raise awareness that every child in the world has a right to basic, free, quality education and to give support to underfunded schools in low—income areas in the US and underdeveloped countries where many children have no access or limited access to basic education.