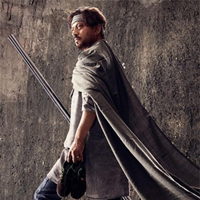 The Irrfan Khan starrer Madaari was set to open in cinemas on July 15, along with the Inder Kumar-directed adult comedy Great Grand Masti. However, in yet another case of pre-release piracy, Great Grand Masti leaked online on multiple torrent sites, creating a dent in its potential box office collections.

Madaari’s director, Nishikant Kamat, has revealed that he, along with his producers, have decided to push the release date of his film, thereby giving Great Grand Masti a clear window in the cinemas.

In a statement shared with the press, director Nishikant Kamat said, “While we were apprehensive to shift our date to 22 July, we felt strongly that the cause of piracy owing to the leak of Great Grand Masti was more crucial, and as creative people we must all support each other and create an eco-system where we hopefully can survive through such tactical ways to fight back things like piracy.”