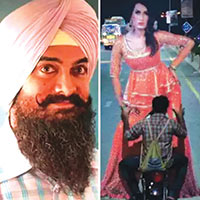 ‘Laal Singh Chaddha’, ‘Joyland’, ‘Jai Bhim’ to be part of the Indian Film Festival of Melbourne 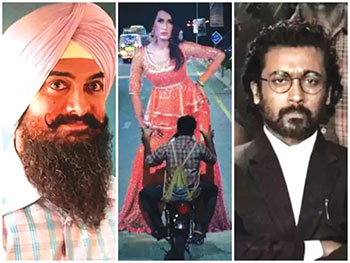 The Indian Film Festival of Melbourne will show a variety of Indian movies as well as those of the Indian subcontinent. The leading among them are Aamir Khan-starrer ‘Laal Singh Chaddha’ which is awaiting its release in India, 2021 Tamil courtroom drama Jai Bhim and Pakistani movie ‘Joyland’.

In the ‘Beyond Bollywood’ segment, films like ‘Dobaara’ directed by Anurag Kashyap with Taapsee Pannu in the lead role, Jai Bhim, Aparna Sen’s directorial ‘The Rapist’, ‘Two Sisters and a Husband’ directed by Shlok Sharma and others will be shown.

Films from the subcontinent will also be shown at the festival. In this category, the Pakistani movie ‘Joyland’, directed by debutant Saim Sadiq, the Bangladeshi film ‘No Land’s Man’ by Mostofa Sarwar Farooki, starring Nawazuddin Siddiqui, and the Bhutanese movie ‘Lunana: A Yak in the Classroom’ will be screened. This movie represented Bhutan for best international feature film at the 94th Academy Awards.

As a special tribute to the great filmmaker Satyajit Ray, his films of Apu Trilogy will be shown. The festival will take place in Melbourne from August 12 to 20 both directly as well as virtually.