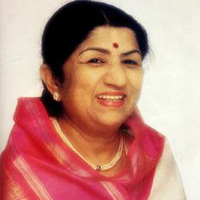 Lonely at the Top – Lata Mangeshkar

The realm of music remains incomplete without the mention of the nightingale
of India-Lata Mangeshkar. Born on September 28, 1929 in Indore,
Lata Mangeshkar has lent her superlative voice to Indian popular and
light music having sung film songs, ghazals, bhajans and pop.

Till recently (1991) her name found it self on the pages of the Guinness Book of Records as the most recorded artist of the world, with close to 30,000 solo, duet and chorus-backed songs recorded in 20 Indian languages between 1948 and 1987. And the numbers have not frozen at that.

However, it has been a lonesome journey for this much-acclaimed artist. There are always two contradicting faces to every celebrity today.

With fame, Lata’s clout was enough to keep competition away and she managed to have her way with most of the music composers of her times. In the process the Indian music industry may have lost out on ‘voices’ during her peak time.
It almost came to a point where a voice without her high pitch and a murky rendition was not appreciated or recognized as a professional voice. Hence there were only the few songs of Shamshad Begum and the other singers. One heard very less of singers like Sudha Malhotra, Vani Jairam or Sulakshana Pandit. Hence being ‘lonely at the top’ seemed a natural progression, where she bereft herself of competition.

Her phenomenal success made Lata the most powerful woman in the film industry; nothing stopped her from being the best. She rendered obsolete the heavy nasal voices of the day. Lata’s initial style of singing was reminiscent of Noorjehan but she soon got over that to evolve her own distinguished style. In search of perfection she even learned Urdu by hiring a tutor.

After working with stalwarts like Madan Mohan, Sajjad Hussain, S.D. Burman, Laxmikant-Pyarelal and R. D. Burman, she felt that the music today is not as encouraging. These days she indulges in classical based songs and restrains from delving into the new-age music, except for an occasional number for the Yash Raj banner who seem to be justify the voice of the estranged lady in the white starched saree and thereby her demeanor.

Thus the recipient of the Bharat Ratna carved herself a cocoon, which she never wanted to come out of, like a nightingale behind the cover of a thick foliage. As a result there were no competitors, challengers or entrants, the only competitor being herself,
Her precise technique of singing, her perfecting the art of rendering any song with the help and advantage of the then music composers and her drive to make sure she sang every possible song that was to be has surely ensured her the status of India’s nightingale. However what remains today at the top is a virtuoso of the yesteryears, who has made herself comfortable playing a role of ‘touch-me-not’ with no one to question her hegemony.

Things are a little better today where singers like Sunidhi , Jaspinder and Richa (as far as film music is concerned) are encouraged, appreciated and welcomed. The film industry is at a stage of experimentation as a result the singers are no longer ghettoized to categories. Voices that are rustic as well as chaste are given equal importance.

Not only that there are television shows which sieve out talents to sing for the upcoming films hence there is a healthy competition between peers in the music industry. The high-decibel shriekers and the honey-coated voices are giving way to more variety with no specific genre.

The voice of India, Phalke Award winner for her contribution to Indian Cinema, beneficiary of the Bharat Ratna , the gripping Indian music icon, the tear inducer, none other than the reticent Lata Mangeshkar stands tall and high while trying to figure the disquiet of being lonesome. Something that success churns out candidly or is it something that one culls for?

� Some of her popular numbers �