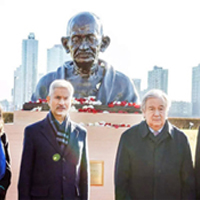 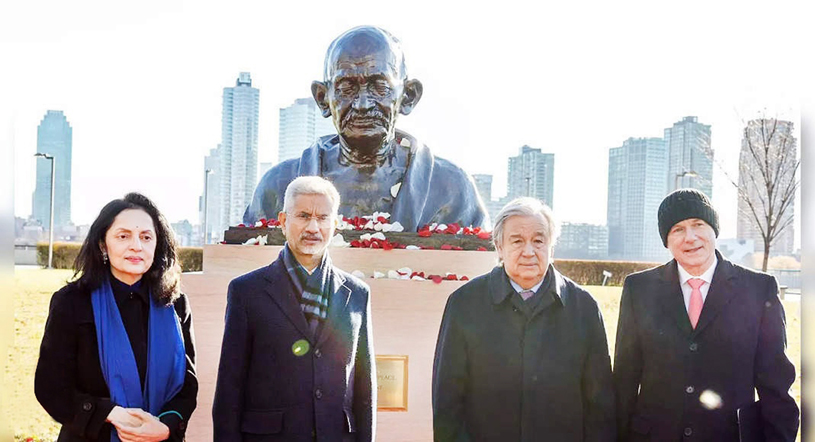 The installation of Mahatma Gandhi’s bust at the United Nations (UN) headquarters in New York, according to Prime Minister Narendra Modi, makes every Indian proud. He made this statement following the unveiling of the bust of the Father of the Nation at UN headquarters by External Affairs Minister S. Jaishankar on December 14 2022. “Seeing the bust of Mahatma Gandhi at the UN offices inspires pride in every Indian. The Prime Minister tweeted, “May the ideas and principles of Gandhi increase prosperity on Earth and promote sustainable development.

Gandhi’s bust will serve as a reminder of the principles he supported, said UN Secretary-General Antonio Guterres earlier on Thursday in a tweet, calling Gandhi an “uncompromising advocate for peaceful coexistence.” “Mahatma Gandhi was a staunch supporter of non-discrimination, pluralism, and peaceful coexistence. According to Guterres’ tweet, the new installation at UN headquarters will serve as a reminder of the principles Gandhi upheld and to which we must continue to be dedicated. At the installation of Mahatma Gandhi’s bust, Jaishankar was joined by Guterres, Csaba Korosi, the 77th UN General Assembly’s president, and Ruchira Kamboj, India’s Permanent Representative/Ambassador to the UN. According to a news release from India’s Permanent Mission to the UN, they left flower tributes at the bust.