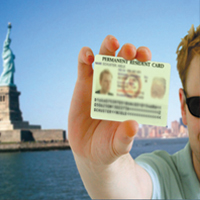 CAN I LOOSE MY GREEN CARD IF I RESIDE OUTSIDE THE UNITED STATES? 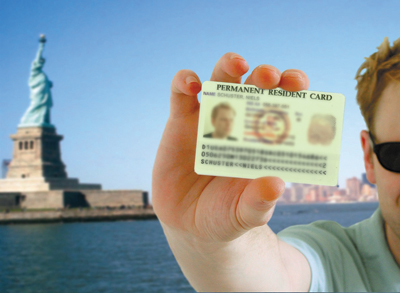 Many people wrongly believe that to keep your green card all you need to do is enter the U.S. at least once a year. The fact is that if you ever leave the U.S. with the intention of making some other country your permanent home, you give up your U.S. residency when you go. The border officials will look at your behavior for signals that your real place of residence is not the United States.

As a general rule, if you have a green card and leave the United States for more than one year, you may have difficulty reentering the country. That is because the U.S. government feels that an absence of longer than one year indicates a possible abandonment of U.S. residence. Even if you do return before one year, you may run into trouble. To avoid a full-scale inspection, return within six months.

On the other hand, remaining outside the U.S. for more than one year does not mean you automatically loose your green card. If your absence was intended from the start to be only temporary — for example, you left for vacation, but had a head injury and forget who you were for a year — you may be able to argue to keep your permanent resident status. However, you may no longer use your green card as a U.S. entry document. You must have what is known as a reentry permit, or you must apply at a U.S. consulate for a special immigrant visa as a returning resident.

If you stay outside the United States for more than one year and do not get a reentry permit before leaving, you must apply at a U.S. consulate abroad for a special immigrant visa as a returning resident. You must convince the consular officer that your absence was temporary and you never planned to abandon your U.S. residence.

You will have to show evidence that you were kept away longer than one year due to unforeseen circumstances. Such evidence might be a letter from a doctor showing that you or a family member had a medical problem.

Green card holders who commute to work in the U.S. from Canada or Mexico on a daily or seasonal basis may keep their cards even while actually living outside the country. USCIS will grant you commuter status if you advise them of your intention to live on the other side of the U.S. border.

DISCLAIMER: Please note that the article only provides general information and does not contain any legal opinions. If you have any questions on your specific cases, please contact our law firm at info@ihi-immigration.net or 800-780-8698.

L‑1 VISA PROCESS AND PROCEDURE
THE GOD WITHIN