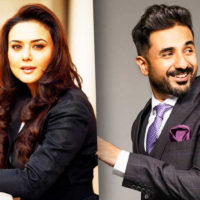 Preity Zinta & Vir Das to Feature in an American Sitcom

Bollywood actress Preity Zinta is best known for her roles in movies like Kal Ho Na Ho, Veer Zaara, Koi Mil Gaya, Dil Chahata Hai, and many more. The actress is all set to guest star in an episode of ABC’s Fresh Off The Boat, along with actor and stand-up comedian Vir Das. And, if the reports are to be believed, the episode is expected to serve as the basis for a spin-off show. 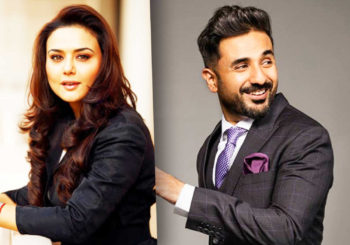 Fresh Off The Boat follows the lives of a Taiwanese-American family in Florida in the 1990s. As per the reports, the network has been planning to develop a spin-off of the sitcom for a while now. The upcoming episode will be shot next month. The episode starring the Bollywood actors will center around an Indian family whose daughter studies in the same school as Eddie. While Preity Zinta will play the role of the girl’s mother Meena, Vir Das will portray the role of her father DC.

The new show is tentatively titled Magic Motor Inn. It will be produced by 20th Century Fox Television. The writer-producer of Fresh Off The Boat, Rachna Fruchbom has written the episode leading to the spin-off. Indian American Fruchbom will also be the new show’s executive producer, along with Jake Kasdan and Melvin Mar. Fresh Off The Boat is currently in its sixth season.

Apart from being a Bollywood actor Preity is also an entrepreneur. She is the founder of a production company PZNZ Media, co-owner of the Indian Premier League cricket team Kings XI Punjab, and the owner of the South-African T20 Global League cricket team Stellenbosch Kings. Vir Das, a well-known stand-up comedian, became the first Indian to have his own Netflix special, Abroad Understanding (2017). He also made his American primetime debut with a key role in ABC’s spy drama Whiskey Cavalier (2019).

Fresh Off The Boat