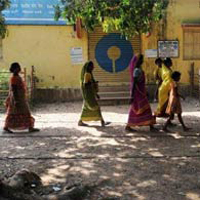 The Government has thankfully decided to privatize Air India. The same formula must be applied to the Public Sector Banks (PSBs). But first let us examine the arguments against privatization of Air India. The first argument is that public assets are often sold to vested interests at throwaway prices. The lines of the British Railways, for example, had been sold for much less than their real value. The buyers, who bought these lines for 1.8 billion pounds, resold them for 2.7 billion pounds only seven months later indicating that the sale process was tainted. We have seen that the coal block and 2G Spectrum sales begot a huge increase in price after the initial tainted sale was set aside by the Supreme Court. But this latter experience cuts both ways. It also tells that coal blocks and 2G Spectrum sales brought good values when done transparently. Therefore, this argument seeks proper implementation of privatization and does not stand against this basic policy.

The second argument is that private businesses indulge in profiteering. For example, the privatization of British Rail, for example, led to timetables not being followed and compromises on safety but not a reduction in prices. This argument is valid in cases where a monopoly service like the railway is privatized.  This argument does not hold for Air India or Public Sector Banks. In competitive markets like civil aviation and banking there are multiple players. Privatized PSBs will hardly be able to overcharge the customers because competition will prevent any private bank, including the privatized PSBs, from imposing high charges.

The privatization of competitive services also fails, sometimes. The privatization of health services in the United States has utterly failed. A recent report in the Guardian newspaper says: “we spend more money on healthcare than anyone else, and in return we receive some of the worst health outcomes… By contrast, the UK spends a fraction of what we do and achieves far better results… we pay… a staggering 17%  of our GDP to achieve a life expectancy somewhere between that of Costa Rica and Cuba.” These facts are not disputed. However, the high cost of health care appears to be because of absence of regulation. It is true that private businesses are no do-gooders. They undertake business to make profit. They will charge more if they can. The way forward is to regulate them. For example, Indira Gandhi could have asked the RBI to direct the private banks to open branches in the designated rural areas; and impose heavy penalty if they do not do so. Indira Gandhi failed to regulate the private banks and instead nationalized them. Perhaps she was misled by the bureaucrats who wanted to bring the banking industry into their direct control so that they could get favours. We thus fell from the frying pan into the fire. We were previous suffering because of non-provision of banking services in rural areas before nationalization of the banks. We are now suffering by having to make up the losses incurred by the PSBs. We have paid heavily for the bad loans extended by corrupt officials of the banks in connivance with corrupt business persons. We should know that if friction between the RBI and the private banks could not beget good behaviour from the banks; then direct control by the Secretary of the Finance Ministry will beget good behaviour even less so.

The third argument against privatization is that private providers are not interested in serving the common man. The evidence stands to the contrary. A study of Argentina supported by the Inter-American Development Bank found that “many more households have connected to telephone, natural gas, and water networks, particularly lower-income households… the prices of public services decreased… the quality of the services provided have increased markedly after privatization.” We can see this before our eyes in the massive spread of mobile telephony in the country. Private businesses are perhaps more eager to serve any market. Money does not come stamped with “poor” or “rich.”

The fourth argument is of loss of employment. It is indeed true that there is a reduction in employment in the companies that are privatized. However, the abovementioned study of Argentina found that “In sectors subject to privatization, the public-employment level declined by about 150,000 jobs; while the private-employment level expanded, partially compensating for the losses.” A a study of privatization in developing economies commissioned by the International Monetary Fund found that overall employment tends to increase following privatization, though particular groups of workers may be adversely affected. The fact is that most PSBs are overstaffed. Appointments were made to pander to the political bosses. Then there was no will in the PSB managements to extract work from the workers. The poor quality of services provided by employees of Air India, for example, was the main cause of the company losing market share and incurring losses. The same applies to the PSBs. It is, therefore, natural that the level of employment in the privatized company is reduced. However, as the IMF study points out this reduction is more than made up by overall expansion of employment in the economy. For example, privatization of PSBs would lead to less employment in the banks. At the same time, the improved availability of banking services will reduce costs for businesses and lead to more generation of jobs.

The opposition to privatization of PSBs is mainly from the vested interests including the ministers and secretaries to the government who will lose their powers, and employees of the company who will have to work. The Government must be congratulated for deciding to privatize Air India. Need is to extend this policy to all PSUs, especially Public Sector banks, that are bleeding the economy.

Dr. Jhunjhunwala was formerly Professor of Economics at IIM Bengaluru