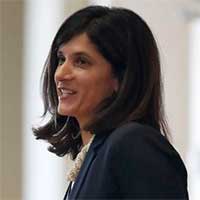 Sara Gideon Announces Bid for US Senate Seat in Maine 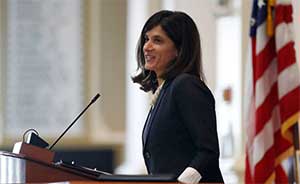 The former councilwoman and current speaker of the Maine house of representatives are looking forward to unseating the US Sen Susan Collins in the coming 2020 elections. On June 24, Sara Gideon had already announced her bid via a Youtube video.

A spokesperson for Collins said: “One of the reasons why Senator Collins has been so effective is that she has more seniority than any U.S. senator from Maine over the past 70 years. She will continue to build on her record of extraordinary accomplishments for the people of Maine.”

Collins had gained immense reputation for independence and bipartisanship in the last 22 years in Senate.

According to the NewYork Times, “the most formidable opponent yet for a United States Senate seat that Democrats have identified as a target in the 2020 election.”

“At one point maybe she was different than some of the folks in Washington. But she doesn’t seem that way anymore. put women’s control over their own health care decisions in extreme jeopardy.” Said Gideon referring to Collins decision on Kavanaugh.

On the other hand, the Democrats will not be picking a nominee until June 2020.

Whoever among the two wins the Democratic nomination will be having strong financial support from outside groups. Shortly after the approval of Kavanaugh by Collins Vote, their other parties joined them to form the political alliance CrowsPac.