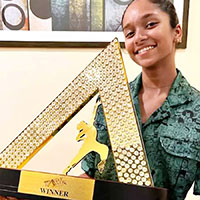 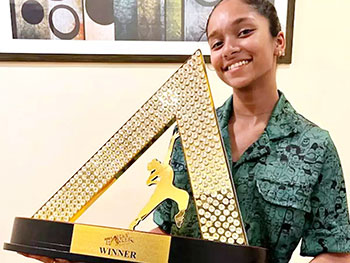 Saumya was awarded a trophy and cash prize of 1.5 Million INR by Sony Entertainment Television and a Maruti Suzuki Swift Car. Her choreographer Vartika Jha got a .5 million cash prize. Saumya defeated the finalists Gourav Sarwan from Jaipur, Roza Rana from Odisha, Raktim Thakuria from Assam and Zamroodh from Kerala. Gourav Sarwan was declared the first runner up and Roza Rana the second runner up.

Saumya was on cloud nine after winning the show. She thanked all the judges and viewers who voted for her. She made special mention of her choreographer Vartika Jha calling her elder sister. According to Saumya, this show became an integral part of her life and dance will be a vital part of her future life. She thanked all the like-minded people she met at the show and expressed her gratitude for the learning experience at the platform.