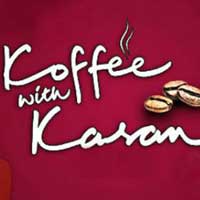 Second promo of Season 5 of Koffee with Karan is finally out now!

The first promo for Koffee with Karan Season 5 went on air over the weekend and boy did it leave tongues wagging! Not only were Karan Johar’s expressions on point but they suggested a season that would leave guests squirming on the hotseat!

A second promo shared by Star World today simply pays ode to Karan’s multi-faceted personality. After all, Karan is known to share different sets of equation with different stars and it’s these personal relationships that will make the this season better than ever! Be it Karan being someone’s 3 AM friend or confidant; buddy or mentor – Karan plays different roles for different stars and this is the core of this season’s excitement on Koffee with Karan. It’s after all, all bout‘Personal Relationships, Personal Questions’? Secrets are about to spill and we cannot wait!

Catch Season 5 of Koffee with Karan only on Star World and Star World HD on Sundays at 9 PM from 6 November 2016 onwards!