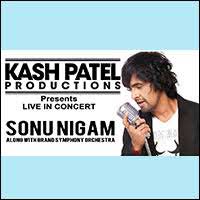 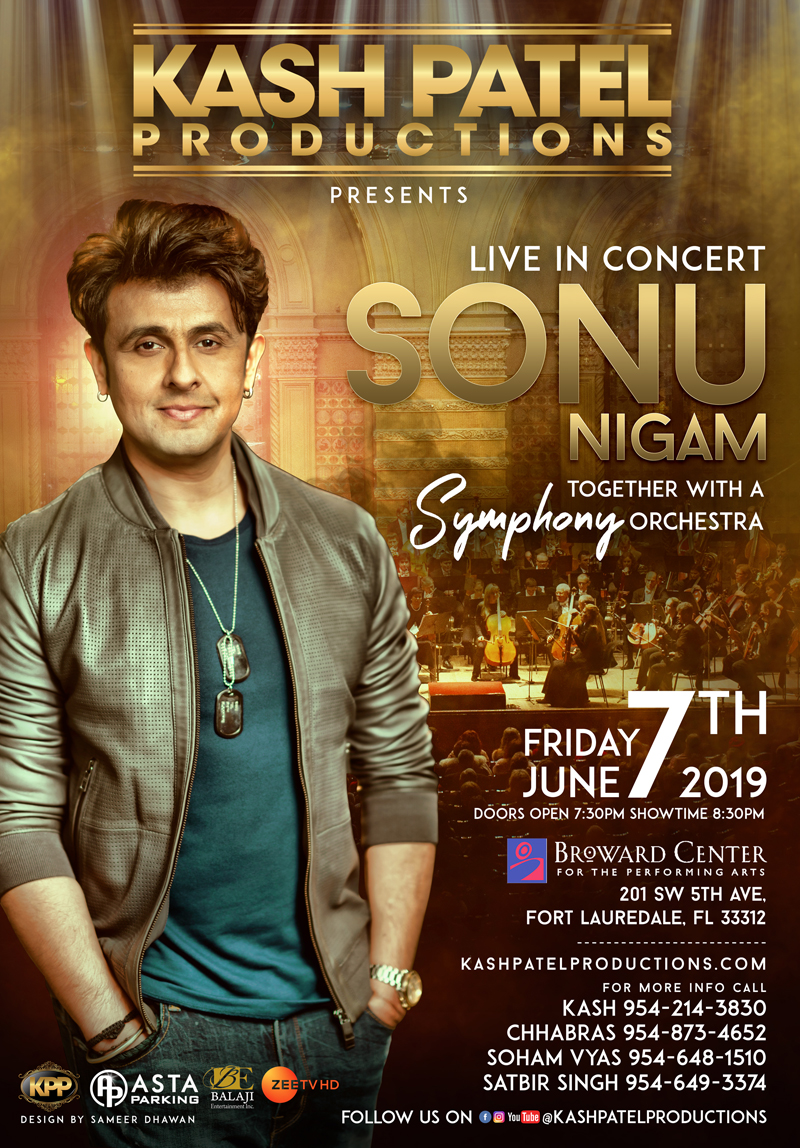 Kash Patel Productions Presents Live In Concert, Musical Sensation, Sonu Nigam along with a Grand Symphony Orchestra directly from India! Only One Show In Florida.

Sonu nigam is an Indian playback singer, composer and an actor, he has sung songs in more than 12 languages across the nation. At the age of four, he began his singing journey with his father Agam Kumar Nigam on stage to sing Mohammed Rafi’s song “Kya Hua Tera Wada”. Later at the age of 18, he went to Mumbai to start his Bollywood career. He was trained by Hindustani classical singer Ustad Ghulam Mustafa Khan. Nigam’s first film song as a playback singer was for Janam (1990).

Do you know: Nigam’s acting career started as a child in the film Betaab (1983) and he provided voice for the lead character, in the Hindi dubbed version of Aladdin, he received accolades around the globe and his contribution to Indian music world is impeccable, now he is touring USA for a grand musical concert.

Where: Broward Center for the Performing Arts

Gandhi at 150: Symposium and Celebration in South florida
Desh-Videsh May 2020 Editorial