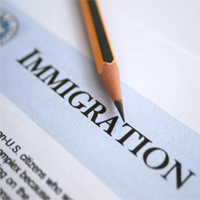 WASHINGTON—U.S. Citizenship and Immigration Services will honor the birth of our nation’s first president, George Washington, and all presidents who have led this country by welcoming nearly 20,000 new U.S. citizens during more than 180 naturalization ceremonies across the country between February 12 – 22.

“Whatever their backgrounds and political views, our presidents have all recognized that we could not have succeeded as a nation were it not for the contributions of immigrants,” said USCIS Director León Rodríguez. “Through the contributions they make, and by choosing to naturalize, our newest citizens will strengthen the fabric of our nation and reinforce America’s unique heritage as a nation of immigrants.”

This Presidents Day, USCIS is sharing the stories of naturalized U.S. citizens whose children became president. Read about some of them on our blog, The Beacon.

Presidents Day activities this year will feature a naturalization ceremony at George Washington’s Mount Vernon in Mount Vernon, Virginia, on February 22. Director Rodríguez will administer the Oath of Allegiance to 50 people and deliver keynote remarks.

Other ceremonies during the week will be held at:

USCIS encourages new citizens, their families and friends to share their experiences from naturalization ceremonies through Twitter and other social media using the hashtag #newUScitizen.