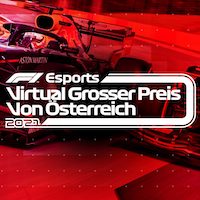 Williams Racing’s George Russell and Nicholas Latifi are the first Formula 1 drivers to confirm their spots as F1 Esports’ hugely-popular Virtual Grands Prix return this weekend. The Virtual Austrian Grand Prix takes place on Sunday 31 January, kicking off a trio of special live events as team’s battle it out for a share of a charity prize pot that they will donate to a cause of their choosing.

Russell is no stranger to the Virtual Grands Prix after winning last year’s series, following a number of impressive performances, as the online racing action took the place of real-life competition when the pandemic first struck. Russell and Latifi will be representing the current crop of F1 drivers in the first event, alongside some former stars of the sport and future prospects, but the Williams Racing duo will be joined by fellow drivers from the 2021 grid in upcoming events.

While the return of Virtual Grands Prix will give fans around the world excitement ahead of the Formula 1 season starting in Bahrain, the primary focus of this year’s three-race competition is to donate money to charities chosen by the teams. Each nominated charity will receive a significant donation from the overall prize fund, regardless of whether the team finishes first or last in the standings after the three events.

This year’s Virtual Grand Prix events will begin with a sprint-race, featuring the team’s talented F1 Esports Pro Series drivers, to decide the starting grid, before the teams’ pairings, made up of motorsport stars, sporting heroes and celebrities, will take to the track and get ready to race. Silverstone and Interlagos will also play host to upcoming virtual races on Sunday 7 February and Sunday 14 February respectively.

The Virtual Austrian Grand Prix will be broadcast from 18:00 GMT on Sunday 31 January on the official Formula 1 YouTube, Facebook, Twitch, Huya (China) and Weibo (China) channels, as well as broadcast by international television partners including Sky Sports, ESPN, FOX Sports and Ziggo.

“We are thrilled to be bringing the Virtual Grands Prix back to keep fans entertained during the off-season as we look forward to the year of racing ahead. Last year’s virtual events were a huge success for F1 Esports and we can’t wait to see the F1 drivers and famous faces back in action once again, and this time all in the name of charity!”

Articles and Images from – www.formula1.com