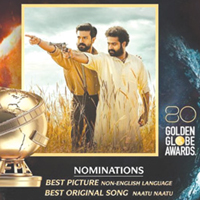 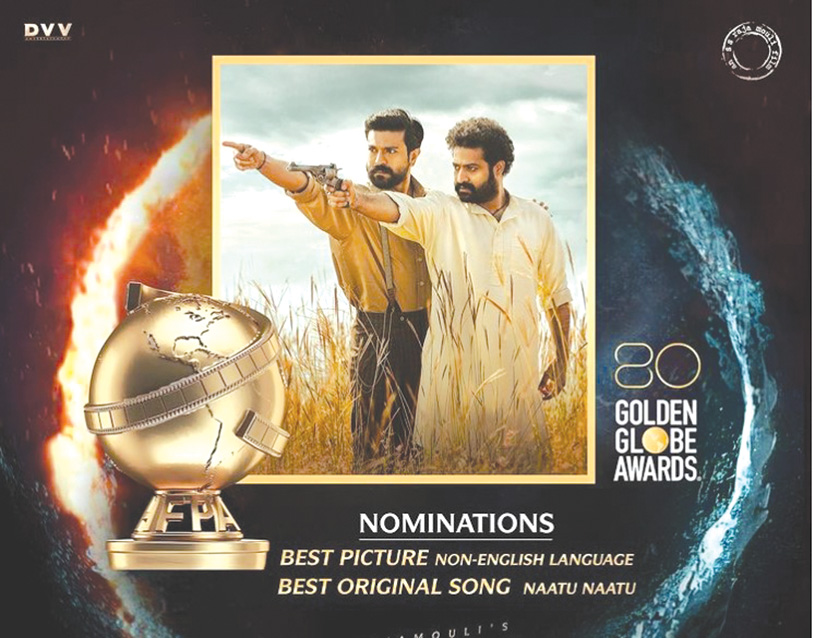 “RRR” had a global release in March 2022 in five languages, Telugu, Tamil, Kannada, Malayalam, and Hindi. The storyline is based on the lives of two Indian rebels, Alluri Sitarama Raju and Komaram Bheem, in pre-independence India in the 1920s. With Jr NTR and Ram Charan in the leading roles, the film also has Ajay Devgan and Alia Bhatt in key roles.

Other films in the category of Best Non-English Language Film are “All Quiet on the Western Front,” from Germany, “Argentina 1985,” from Argentina, “Close,” from Belgium, and “Decision to Leave,” from South Korea. The nominated original song “Naatu Naatu” was composed by M M Keeravani with lyrics by Kala Bhairava and Rahul Sipligunj. The other songs in this category are “Carolina” from “Where the Crawdads Sing,” “Ciao Papa” from “Pinocchio,” “Hold My Hand” from “Top Gun: Maverick,” and “Lift Me Up” from “Black Panther: Wakanda Forever.”