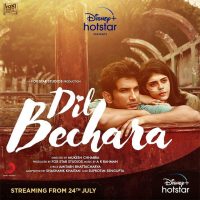 Actor Sushant Singh Rajput’s last film Dil Bechara will be releasing on digital platform Disney + Hotstar. The announcement was made on Thursday, June 26. As the actor shared a close bond with the film’s director Mukesh Chhabra, he penned an emotional note. 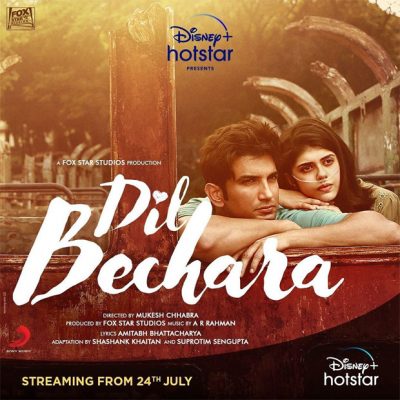 Sushant Singh Rajput had promised to the casting director Chhabra that he will be part of his directorial debut in the future. The filmmaker never thought that he would be releasing his film without the actor. Sharing a poster of Dil Bechara, Mukesh Chhabra wrote, “Sushant was not just the hero of my debut film as a director but he was a dear friend who stood by me through thick and thin. We had been close right from Kai Po Che to Dil Bechara. He had promised me that he would be in my first film. So many plans were made together, so many dreams were dreamt together but never once did I ever imagine that I would be releasing this film without him.”

He added, “There can be no better way to celebrate him and his talent. He always showered immense love on me while I was making it and his love will guide us as we release it. And I’m glad that the Producers have made it available for everyone to watch. We are going to love and celebrate you my friend. I can visualise you with your beautiful smile blessing us from up above. Love you.”

Sushant died by suicide on June 14 at his residence in Mumbai.

Dil Bechara is a remake of Hollywood film, The Fault In Our Stars that starred Ansel Elgort and Shailene Woodley. The film was based on John Green’s novel with the same name. The remake stars Sushant Singh Rajput and Sanjana Sanghi with a cameo from Saif Ali Khan.

“I am not there. I did not die,” writes Sushant Singh Rajput’s school in a heartfelt tribute
Ashwagandha: Is It For You?