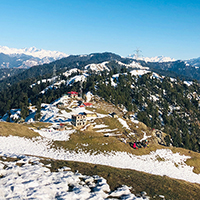 A Peek Into The Lives Of Some People In Himalayan Villages 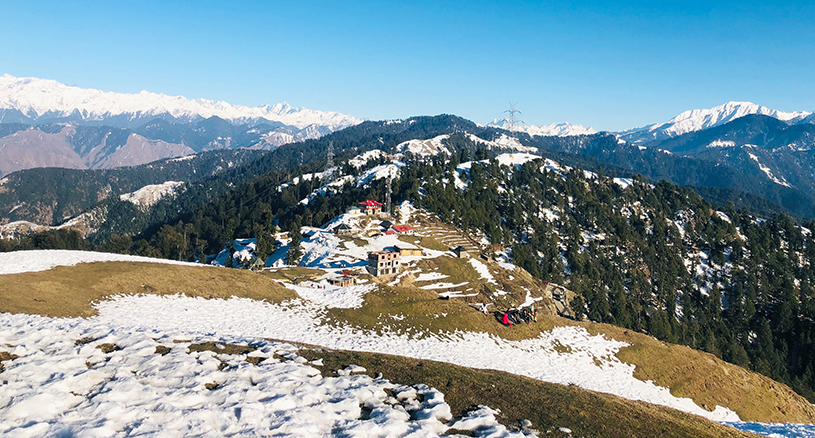 It is again this beautiful time before Diwali. Five years ago, I got a glimpse into the simple and spiritual lives of villagers off the beaten track in the Himalayas.

‘Would you like to come to some villages around Chamba?’ a friend had asked. I happily said yes. He wanted to visit the people who had formerly worked as domestic helpers for his family; and bring them gifts before Diwali. After buying boxes of sweets and drawing money from an ATM, the three of us set off from Mussoorie. 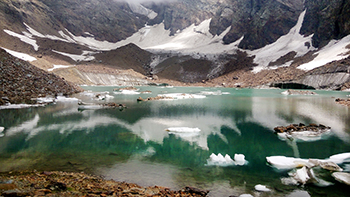 The air was crystal clear, and the snow peaks shone in great splendour. How beautiful to be out in the open at the height of 2,000 metres! What wonderful surroundings the villagers live in. Blue mountain ranges were rolling, one after the other, like waves of the ocean. Kids in school uniform walked on the road. Their school may be much simpler than those in cities, yet the location is enviable and the openness of the space may be conducive for an open mind.

Our first stop was in a tiny village near the old road to Tehri town, which has been submerged in the Ganges due to the Tehri Dam. It was a steep climb down the hill. An old woman was sitting in a courtyard sieving grain. She had few teeth left, yet her smile was warm and welcoming. It was a surprise visit, and immediately her neighbours gathered, too. ‘Kursi lao’, I heard; and children brought chairs from a neighbouring house.  The woman lives alone in an old house. Her husband, who had worked for my friend’s family for decades, had passed away several years ago. Her only daughter is staying with her in-laws.

We had to stress really hard that our stomachs were very full and had no place even for a cup of tea. Yet we took water, and she sent a girl to pluck some limes. My friend had to show her how to use the zip on the jacket he had bought for her; and then the talk was mainly about people she knew from the olden times, and about crops.

When we left, she said she would come to Mussoore to see the father of my friend; who was about her age. Will she still be able to climb up the hill?  She can probably do it. Village folk are hardier than city folk. 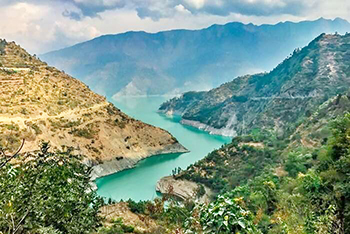 Next, we drove to a tiny village some 30 km away. It was a two hours’ drive in wonderful surroundings. The car climbed over a mountain range, plunged down into a valley, and ended up very high up on a kachha road only as broad as our jeep. It was frightening. A mantra kept automatically repeating itself non-stop in my mind.

We were expected, because Panditji (as his former cook was called) had a mobile. Two boys waited for us at the head of the road to guide us further up to where a table had already been laid with sweets and namkeen. His three daughters are married and live nearby; and his eldest son is working in Hyderabad.

After leaving my friend’s house some years ago, Panditji became a part-time pujari (priest) in a mandir (temple) further down the hill – for Rs. 150 a month. Even five years ago, this was an incredibly meagre salary. Meanwhile he stopped going there. The climb was too tough for him. He was offered a full-time job as pujari for Rs. 1100. (No, I did not forget a zero, only Rs. 1100 for a month). It would have required him to stay the whole day and sleep in the mandir, too. He declined the offer as he felt that he was too old to live alone. If something happened to him, nobody would know. His son is sending him money from Hyderabad.

His house had two rooms with a buffalo staying downstairs, and here too, neighbours gathered straight away when we arrived. The view from his narrow veranda was truly spectacular. It became dark and the hills lit up with lights sparkling everywhere, down in the valley and above in the sky. 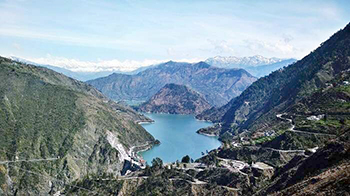 Lastly, we went to a house near Chamba on the new road to Uttarkashi to visit the widow of one more former help. My friend was all praise for this man who was with his family over 40 years ago in Kolkata, when my friend was still in school. Once, he went home to Chamba for a holiday. While there, he started working for daily wages on road construction. After a few days a rock fell on him and he died on the spot.

His wife was young, his only son barely two years old and physically slightly handicapped. Now his wife was in her sixties and lived with her daughter in law and three grandsons in the village and her son worked in a restaurant in Ludhiana over 200 km away.

When we reached the simple house made from mud and wood, she had just come back from Ludhiana after a check-up in a hospital. Her health is not good. She has water in her lungs. Yet her nature was very sweet and loving. It was a pleasure to be with her, her bahu and the grandchildren in the small room, which had a garlanded photo of her husband on the wall. 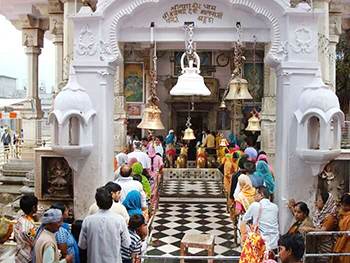 Their belongings were stashed away in trunks and boxes, quilts were neatly folded, and only school books were piled up on a trunk. Though she must have been tired from the long journey, apart from being ill, she enquired about everyone she knew from that time, while her grandsons were leaning on her. Her hard life has made her into a beautiful person.

While walking up to the road two young men passed us on the narrow track. “Hi!” one of them said in a tone that one hears occasionally in cities, yet it sounded odd in the village. “Where are you from?” he asked further. “Germany”, I replied. “Oh, I worked for 3 years in a restaurant in Munich”, he surprised me in German.

Driving back to Mussoorie several jackals got trapped in the light beam of our jeep. We stopped in the silent night and admired the vast expanse of flickering lights down in the valley which was Dehradun.

What a rich, inspiring day it was! I had been allowed a glimpse into different lives which are side by side on our beautiful earth. Each person is the centre of a unique, private world that depends heavily, if not fully, on the mind. The outer circumstances may be determined to a great extent. Yet the option to be at peace with one’s life seems to be open to everyone. 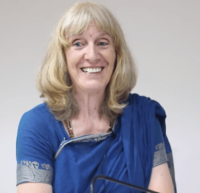 Maria Wirth is a German who came to India on a stopover on her way to Australia after finishing her psychology studies at Hamburg University. She visited the Ardh Kumbh Mela in Haridwar in April 1980 where she met Sri Anandamayi Ma and Devaraha Baba, two renowned saints. With their blessing she continued to live in India and never went to Australia.

She dived into India’s spiritual tradition, sharing her insights with German readers through articles and books. For a long time, she was convinced that every Indian knows and treasures his great heritage. However, when in recent years, she noticed that there seemed to be a concerted effort to prevent even Indians and the world from knowing how valuable this ancient Indian heritage is, she started to point out the unique value of Indian tradition also in English language and shared them on her blog. She also wrote the book Thank you India – a German woman’s journey to the wisdom of yoga.