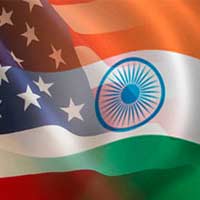 Is this term even applicable? Perhaps, second-generation Indians can answer this question. If you were born in the States, and are of Indian origin more than likely you have heard the term “ABCD” used to describe you. ABCD stands for an “American Born Confused Desi.” I have even heard that there is an acronym that goes from A-Z to describe Indians born in the U.S. So let’s analyze this term: Indians immigrate to the U.S. have children, and their by-product is referred to as an ABCD. Is this a fair title for Indians who grow up in America? There are some who argue that second and third-generation Indians have lost their culture, religion and language. For some, India is just a faint memory from a childhood trip or a flashy, new Bollywood film. But, do Indian Americans really know our ancient Vedic heritage, classical dance or how to read and write Hindi or whatever their dialect of Hindi is? The list is small because now kids gauge one’s “Indianness” based upon how many Bollywood films you have seen and if you are up on Indian pop culture. Apparently, it is a crime if you have never heard of Hrithic Roshan and the very famous Sharukh Khan. However, if you ask an average Indian teen about Hindu philosophy, poets such as Kabir or the traumatic history of India many will give you a blank stare.

Now, I do not want to make the mistake of generalizing all Indians who have grown up here. There are several who are in tune with their culture, can speak their native language and perhaps have even taken twelve years of Udisi classical dance. Unfortunately; however, there are many who do not. Of course, adapting to one’s environment is essential because assimilation will occur no matter how hard one tries to fight it. But, the question remains to what extent do we become a typical “American” and completely forget our ancestors’ culture? For some, celebrating Indian holidays, and conversing in Gujarati or Punjabi is not a priority. In fact I know some Indian teens who refuse to join the South Asian Society on their campus or even associate with Indians at all. Of course, this is a personal choice and right of every individual. But, I guess it’s just a choice that I am trying to better understand. I am not one to advocate just hanging out with “brown people,” but to completely be opposed to anything Indian is something that youngsters should reevaluate as to why they feel this way.

Well, I suppose I could start with the definition of an “American.” America is, in laymen’s terms, a melting pot. It was founded by immigrants and has a variety of cultures, languages and pockets with various ethnic groups. I, for one, am a staunch advocate for the spreading of intercultural awareness. New York City is a perfect example of America’s diversity. I love walking around Manhattan-smelling the rich sauces of Little Italy, watching a colorful puppet show in China Town and eating at one of the many Indian restaurants that can be found in NYC. Intercultural exchange is all around us whether it’s eating sushi on a Friday night or going to a Brazilian night club in Washington D.C. However, when people start to forget their individual culture this exchange becomes extinct. Now I do not think the only reason for people to hold on to their roots is because they have some obligation to share their culture with others, but there are variety of reasons of why it is a good idea to truly know where you come from. One main reason is values. One’s value system generally stems from his/her family. However, the challenge for several second- generation Indians is whether to follow their parents’ “Indian” values or “American” values, which is yet to be defined. Is our generation lost? Or do we just need to find a happy balance between how we were raised, and what is practical in terms of the society with which we live in currently? Each individual has his/her own morals, but society and family values play a significant role in shaping these values.

I feel a major problem facing some Indian families today is “lost Indian kids.” These kids generally come from severely strict Indian families. And, as a result many of them rebel going the other extreme. Perhaps, first- generation Indians need to reevaluate their parenting methods, and how they grew up in India. Because India in the 1960’s and America in 2004 is extremely different in several aspects. This tragedy is not just the parent’s fault, but the fault of the children as well as a lack of communication. Naturally, it is common for youngsters of all backgrounds to be rebellious and defiant, but it is another thing to completely lose touch with one’s roots. Several young Indians can not relate to their parents, and sometimes when they try to compromise, they find themselves caught between a rock and a hard place. Oftentimes, this can lead to a Sikh girl resorting to drugs, a Maharashtrian boy joining a gang or a Gujarati girl dating a guy twice her age. Naturally, these are all extreme examples, but I think parents should realize that if they do not want to have their children sneaking out the window at 2:00 a.m., they need to become a bit more understanding.
Parents should realize that they are not living in old India where you got a taper every time you misbehaved. And, on the same token Indian youths should understand that their parents grew up in another time, and were exposed to only one way of life. Perhaps, this is common with several second- generation Americans because it takes time to find that balance of cultures and values. Hopefully, this gap will decrease and communication between Indian kids and their parents will increase. In the meantime, we should ask ourselves- are we really confused or are we just told that we are supposed to be?

20 is a junior at American University majoring in International Relations and Women in Politics.

January 2005
One on One With Kiran Ahluwalia