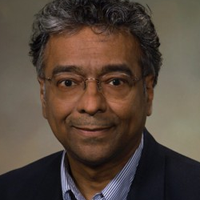 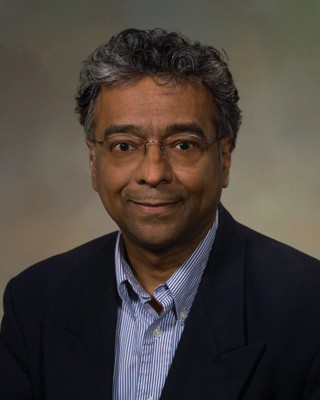 Abhay Ashtekar, Evan Pugh Professor of Physics, Holder of the Eberly Family Chair in Physics, and Director of the Penn State Institute for Gravitation and the Cosmos, has been honored with the Einstein Prize from the American Physical Society. This prize recognizes outstanding accomplishments in the field of gravitational physics and consists of $10,000 and a certificate citing the contributions of the recipient. Ashtekar also will receive an allowance to travel to a meeting of the Society to receive the award and deliver a lecture.

Ashtekar’s research focuses on classical general relativity and quantum gravity. Thanks to his groundbreaking work, loop quantum gravity—a quantum theory of spacetime—has become a leading approach to the unification of general relativity and quantum physics that is being pursued by dozens of research groups worldwide. Ashtekar has continued to play a seminal role in the development of this field, as well as its sub-field, loop quantum cosmology. Ashtekar also has made contributions to quantum field theory, gauge theories, general relativity, and gravitational-wave science. In broad terms, his contributions are at the interface between geometry and physics.

Renowned as one of the most-cited researchers in the field of relativity, Ashtekar has given over 170 plenary lectures at national and international conferences and workshops. Ashtekar was honored at the Loops 11 Conference “Celebrating 25 years of Loop Quantum Gravity,” which in 2011 commemorated the 25th anniversary of the publication of his landmark scientific paper about loop quantum gravity that sparked a revolution within the field of spacetime physics. His previous awards and recognitions include honorary doctoral degrees from the Université de la Méditerranée in Aix-Marseille, France, in 2010 and from the Friedrich Schiller University in Jena, Germany, in 2005. In addition, in 2004, he received a Forschungspreis Award from the Alexander von Humboldt Foundation in Germany. He has written or co-written 270 scientific papers and written or co-edited 9 scientific books. He has served on the editorial boards of all the major journals in his field.

In 2018, Ashtekar was named an Evan Pugh Professor at Penn State, an elite and prestigious distinction conferred by the University on only 72 faculty members since the establishment of the designation in 1960. In 2016, he was elected as a member of the National Academy of Sciences, one of the highest honors accorded to U.S. scientists or engineers by their peers. Ashtekar is a Fellow of the American Association for Advancement of Science and the American Physical Society. He is one of only 51 Honorary Fellows of the Indian Academy of Sciences drawn from the community of scientists living outside of India. He has held the Krammers Visiting Chair in Theoretical Physics at the University of Utrecht, Netherlands; a Senior Visiting Fellowship of the British Science and Engineering Research Council; and the Sir C. V. Raman Chair of the Indian Academy of Science. In addition, he holds a visiting professorship at the Beijing Normal University and at the Inter-University Center for Astronomy and Astrophysics in Pune, India.

Ashtekar’s research also has been described widely in popular and semi-popular media, sometimes as cover stories. Publications and media outlets that have reported on his research include Nature, Science, The Economist, U.S. News and World Report, The New York Times, New Scientist, Fox News, MSNBC, and many other international publications and news sources. In addition, Ashtekar was featured in the 2008 German documentary Kosmos, which was prepared in celebration of German physicist Max Planck’s 150th birthday. He also was featured prominently in a documentary shown at the year-long Berlin Einstein Exhibit in 2005. A YouTube video on the research carried out in his group in loop quantum cosmology has received over 300,000 views.

Ashtekar has mentored more than 25 Ph.D. students and over 70 post-doctoral scholars. More than 60 of his advisees hold faculty positions all over the world, many holding prestigious Chairs. Before joining the faculty at Penn State, Ashtekar held positions as professor, distinguished professor, and the Erastus Franklin Holden Professor of Physics at Syracuse University from 1984 to 1993. Previously, he was professor and chair of gravitation at the University of Paris VI in France.

The Einstein Prize was established by the Topical Group on Gravitation (now the Division of Gravitational Physics) of the American Physical Society in 1999. It is supported by friends of the Division, including major support from David Lee. The award, usually to a single individual, is for outstanding achievement in theory, experiment, or observation in the area of gravitational physics.