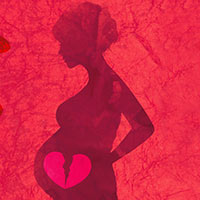 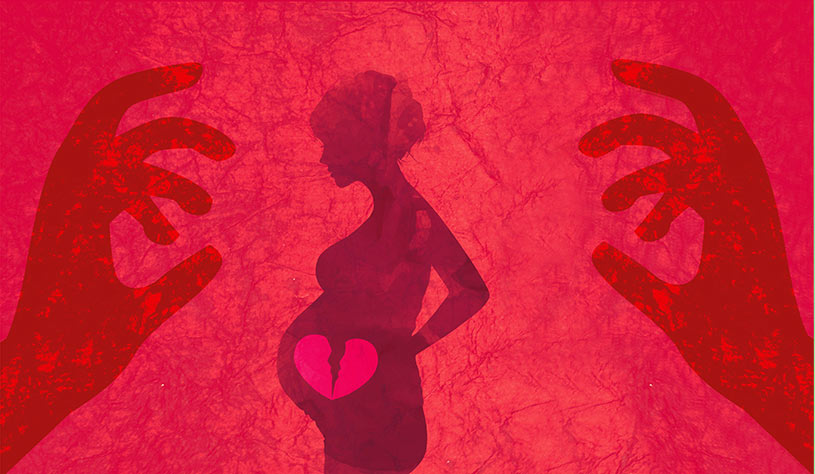 From the earliest times, Hindu scriptures have clearly denounced and condemned the practice of abortion unless the life of the mother was in danger due to a complication in pregancy. Hinduism believes the fetus is a living entity, a conscious being who deserves to be protected. Hindu scriptures refer to abortion as garha-batta, meaning “womb killing” and bhroona hathya, meaning “killing the undeveloped soul.” 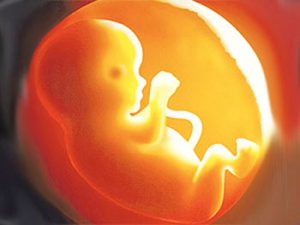 They are killing the baby in the womb. How cruel! In this age of unwanted population, man is losing his compassion. When you kill a living entity, even an ant, you are interfering with its spiritual evolution, its progress. That living entity must again take on that same life form to complete its designated life term in that body. And the killer must return to pay for damages.

While talking about abortion, Swami Kamalatmananda of the Ramakrishna mission stated, “No human being has the right to destroy the fetus. If having a baby is economically and socially problematic, one can very well take precautions to avoid such unwanted birth rather than killing the baby. Precaution is better than destruction.”

There has been and still is much debate and discussion on abortion. Is it right? Is it ethical? Is it humane? Is it legal? Recently, the US Supreme Court reversed the Roe versus Wade verdict which was in existence for more than 50 years. In India, the Medical Termination of Pregnancy Act, which was passed in 1971, took both sides of the argument into consideration. After the act was passed in India, there was no discussion or argument on the subject. The act stated that an abortion can be performed until the 20th week of pregnancy if: 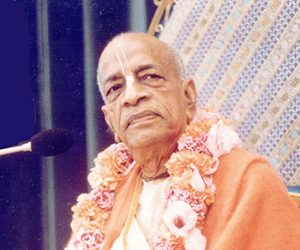 Hindu Beliefs on the Life Cycle

Being the oldest living religion in the world, Hinduism holds a unique view of the fetus or the unborn child. Hindu philosophy believes that the life cycle begins long before conception. The unborn child, the fetus inside the mother’s womb, is the beginning of the journey of the soul, the journey as a living being. Abortion means killing the soul that was supposed to live its life. Since Hinduism propagates the doctrine of reincarnation, it holds that the fetus is an unborn soul waiting for its new life. An act of abortion violates the wish of God, and is therefore a crime according to the Hindu religion.

A popular Rig Veda hymn appeals to protect the fetuses.—- The Kaushitaki Upanishad compares abortion to the act of killing one’s parents. —- The Atharva Veda says the fetus slayer, termed brunaghni, is the greatest of the sinners. The Gautama Dharmasutra and Apastamba Dharmasutra indicate that abortionists become “outcasts.” In this sense, the Dharmasutras consider abortion equivalent to killing one’s husband and slaying a learned scholar – a Brahmin. The Manava Dharmashastra goes as far as forbidding the water libation to those “who have caused an abortion…” According to the Garbha Upanishad, the soul remembers its past lives during the last month the fetus spends in the womb. In the Mahabharata, it is mentioned that Abhimanyu learned about the Chakravyūha (a type of battle formation used to surround enemies) while in his mother’s womb. 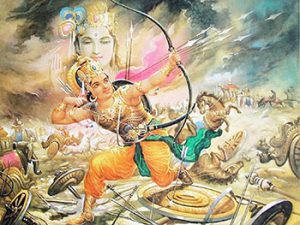 Hinduism reflects a perfect picture of unity in diversity. There are so many idols, so many rituals; yet the essence, the driving principles remain the same. It is these principles that unite the Hindus under the great canopy of Hinduism. Dharma in Hinduism represents the duties and responsibilities of human beings and their way of life. Karma refers to the principles of ethics and morality that follow a law of cause and effect — one good deed results in virtue while one sin results in the vice. The core of Hinduism, also called Sanatan Dharma, teaches its followers to be righteous, ethical, and to always follow the path of good deeds.

Such high morals of Hinduism naturally condemn the act of abortion as against its principles of Dharma and Karma. Moreover, abortion is principally against the Hindu bioethics that describes it as unethical and sinful.

Mahatma Gandhiji, the biggest promoter of non-violence, clearly stated in his writings, “It seems to me clear as daylight that abortion would be a crime.” Apart from its spiritual foundations and preaching, the prodigious religion of Hinduism also supports the value of Ahimsa, or non-violence. Abortion, according to Hinduism, violates the values of non-violence, as it is the killing of an unborn child inside a mother’s womb. It is an unethical and sinful act that will create a burden of virtue on the person(s) doing this. It should always be opposed in all forms.  Ahimsa — non-violence — teaches that it is wrong not only to kill living beings, but also to kill embryos. Hindus believe that all life is sacred, to be loved and revered, and, therefore, practice ahimsa. All life is sacred because all creatures are manifestations of the Supreme Being.

Hinduism believes in the ideals of protection of life and laws of inheritance. According to Hindu philosophy, the unborn fetus is a soul that is ready to come into this world as a new life. The parents have certain responsibilities and obligations toward this unborn child which are also related to their ancestral duties. Abortion is detrimental to their ancestors and against the values of Dharma and Karma.

Abortion may have legal authorization, but a true believer of Hinduism should never resort to this procedure which is viewed as being as bad as murder. It takes away the life of a yet-to-be-born child, breaking the continuity of reincarnation while going against the morals of Dharma and Karma. A devoted Hindu should always consider the religious essence and ethics before opting for abortion.

About the AuthorDr. Mohini Shinde is a professor of religions of India and has taught Hindu religion and world religion in several US universities before her retirement. Her research was on religion and politics in South Asia. In her research engagements, she lived several years in India where she studied vedas and upanishads. She lives in California with her husband.
The views expressed here are author’s alone and do not necessarily reflect the views of Desh-Videsh Media Group or any of its employess or the owners.