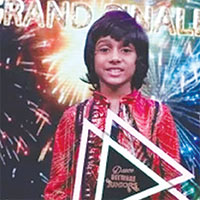 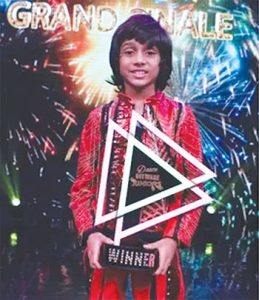 He was the favorite from the beginning of the show, and finally, he lifted the winner’s trophy! The eight-year-old Aditya Patil, a fantastic dancer from the city of Surat in Gujarat, became the champion of Colors TV’s popular dance reality show Dance Deewane Junior. The final was televised on July 17, 2022. He defeated All Stars group, Prateek Kumar Naik, and Geet Kaur Bagga in the finals. The judges of the show were Neetu Kapoor, Marzi Pestonji, and Nora Fatehi while Karan Kundrra hosted the show.

Patil received a cash prize of two million INR and a trophy. The boy who came from a humble background thanked all of the judges, his mentor choreographer Pratik Utekar, and his family for the victory and expressed his desire to continue with dancing. Patil said that he wanted to win the show for his family, and he hopes to buy a house for his parents and grandparents who struggled to pay his dance training fees.

Ace actor Aamir Khan was present at the finals. He came for the promotion of his upcoming release Laal Singh Chaddha. He praised Patil’s dancing skills. Khan and Neetu Kapoor danced on the superhit song “Aati Kya Khandala.” It was not only the judges, but many other celebrities, such as Ayushmann Khurrana, Taapsee Pannu, Ranveer Singh, and Varun Dhawan who also praised the dancing talent of Aditya. The little boy is an ardent admirer of Tiger Shroff.