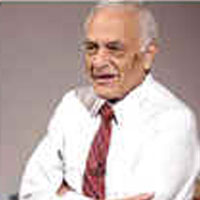 Life could not have been easy in those early days for the child of an Indian freedom fighter, who fled the country to

escape prosecution from the ruling British Government in the 1920s. His father, Nani Gopal Bose, took refuge in Philadelphia, Pennsylvania, where his son was born. Eventually this little boy, who engaged himself in making small electrical toys on his own and sold in his father’s basement shop to supplement the family’s income, went on to become one of the pioneering innovators in the field of acoustics.

Well, this is the story of Amar Gopal Bose, the Indian American electrical wizard, who founded the Bose Corporation. The company is known for its Bose speakers, which are famous around the world for giving high-end performance despite their modest size. Incidentally, for someone with such a humble beginning, he still made it on the list of the Forbes Richest 400 in 2007 with a net worth of $1.8 billion.

Bose attended Abington Senior High School and then went on to attend the Massachusetts Institute of Technology, where he graduated with a Bachelor in Science degree and subsequently, a Master of Science in Electrical Engineering in the early 1950s. Bose also spent a year in New Delhi,  India, as a Fulbright scholar. Further, he went on to complete his Ph.D. in electrical engineering from MIT, and post- graduation, Bose took a position at MIT as an Assistant Professor in 1957. He remained a professor at MIT until 2000.

In fact, it was during his years at MIT that Bose got the impetus to invent speakers and sound systems. According to Bose, “I loved music, and in my ninth year at MIT, I decided to buy a hi-fi set. I figured that all I needed to do was look at the specifications. So I bought what looked like the best one, turned it on, and turned it off in five minutes, the sound was so poor.”

This led Bose to start working on stereo speakers. He aimed to design a speaker that would emulate the concert hall experience in the home. His speaker system was one of the first to make use of sound reflecting off walls and ceilings. Hence, Bose invested $10,000 as seed capital and procured additional financial assistance from his friends, including fellow MIT professor Y. W. Lee. Bose then founded the legendary Bose Corporation in 1964.

In 1968, Bose invented the 901(R) Direct/Reflecting(R) speaker system. They were one of the first stereo loudspeakers to utilize the space around them instead of reproducing sound as if in a vacuum, which has remained an industry benchmark for    more than 25 years. Bose was awarded significant patents in in the area of loud speaker design and nonlinear, two-state modulated, Class- D, power processing areas which, to this day, are important to the Bose Corporation.

Today, the Bose Corporation is a multifaceted entity with more than 10,000 employees worldwide, that produces speakers and sound system products for home, car, and professional audio, as well as conducts basic research in acoustics, automotive systems, and other fields. The sales volume of the Corporation now runs higher than $2 billlion. Bose has over two dozen patents to his name. His products can be found in Olympics stadiums, the Sistine Chapel, NASA Space Shuttle, and
the Japanese National Theatre.

His son, Vanu Bose, is the  founder and CEO of Vanu, Inc., which deals with software-based radio technology while daughter, Maiya, is a practicing chiropractor. Post-retirement, Bose is interested in founding an institute composed of graduate students developing lab work that stresses lucid mental capacities rather than just factual renderings.

The motto of Bose Corporation “Better products through research” is the driving force of the company, where profits are
ploughed back into the company to finance research and development activities. Amar Gopal Bose is indeed a glaring example of what one can achieve through dedication and perseverance. His story should be learned by budding dreamers, just to show that dreams often can come true.