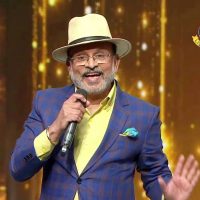 Zee TV’s popular reality show Sa Re Ga Ma Pa Li’l Champs is ready to usher in a new chapter this season. The show will continue to keep the magic of the classical era alive with yet another legend from Bollywood Annu Kapoor. 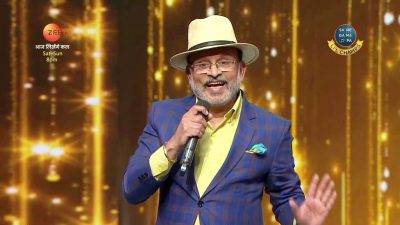 Having completed a successful stint with yet another legend of the industry, Amol Palekar, where classics from the 80’s were celebrated, the show will present audiences not only captivating performances by its contestants, but also some very interesting and hitherto untold anecdotes about musical icon Mohammad Rafi, revealed by Kapoor.

It was a particular performance of the ones presented by the top seven Li’l Champs that triggered the flow of secret facts about the megastar. Annu Kapoor was reminded of one such story related to Mohammad Rafi when contestant Madhav Arora shared his performance with Rafi’s Baar Baar Dekho and Pardeshiyon se na Ankhiyan Milana.

The famous renditions reminded Kapoor of a story about Rafi’s success and fame and how it went onto bring about massive changes in the life of his driver, Sultan. The story goes, Rafi having won immense fame and wealth from his singing, bought a right-hand wheel American car that in turn rendered his chauffeur Sultan jobless. However, Rafi ensured the hapless man did not go penniless and bought him a taxi, which later multiplied.

There were several other interesting stories that the legend took out from his repertoire of knowledge about some of the biggest legends of the industry. They visibly left the judges, jury and contestants mesmerized.