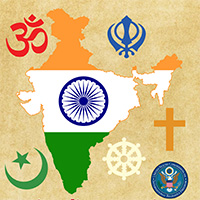 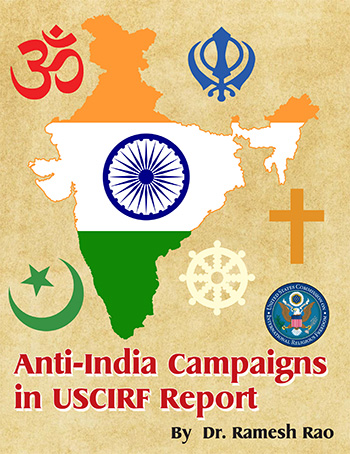 The United States Commission on International Religious Freedom (USCIRF), which should have been shut down in 2016, was infused with funds by Congress to continue to provide employment to mediocrities and faceless bureaucrats and to offer a platform for nine politically compromised commissioners to preen and build their beltway network of influence. The USCIRF should be labeled an organization of particular concern as some have argued, and it is time for American taxpayers to stop this institutional affront to good political and human sense. The USCIRF website claims that “USCIRF’s nine commissioners are appointed by either the President or Congressional leaders of each political party, supported by a non-partisan professional staff.” We can only wonder how that staff is vetted for their non-partisanship, even as they pursue the partisan agendas of their politically appointed commissioners. The USCIRF claims to do a lot, but where is the measure to find out if anything they say or do has any purchase? Does what they do accomplish anything more than to serve the partisan interests of monopolist, supremacist, violent “faith” groups and their scheming, manipulative America-based influence seekers?

The USCIRF has become another symbol of American interventionism in the affairs of sovereign states, and the fact that it has bipartisan support and is the brainchild of US legislators goes to show that our willingness to undermine sovereign states continues undiminished. We mock the United Nations, and even our own State Department, in these matters of human rights, religious freedom, etc., usurping the role of international organizations and donning for ourselves the garb of the world’s policeman, the world’s confessor, the world’s primary scold, bully, and the predominant if not the only intimidating, hectoring didact.

Starting in 2014, USCIRF in its annual reports started using a distorted map of India

This “panel,” which was created in 1998 by an Act of Congress to “advise the President, Congress, and the State Department on the plight of persecuted religious groups worldwide,” has once again made its voice heard. After two decades of trying, the panel has been on a three-year binge demanding that India be labeled a “Country of Particular Concern” (CPC). This year its commissioners, or shall we say, “religion commissars,” have had the gall to say in their annual report that “In 2021, religious freedom conditions in India significantly worsened.” But they offer no measure, no data, except a couple of handpicked, unverified, unverifiable, egregious examples where a Hindu or some Hindus were involved, and which made the global echo chamber rounds of Western media, the Al Jazeera, and the zillion Christian rags that subsist to “bear false witness” against other religious faiths. 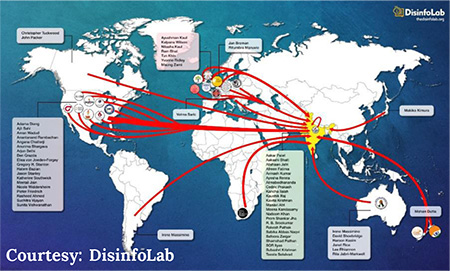 They then claim that “During the year, the Indian government escalated its promotion and enforcement of policies—including those promoting a Hindu-nationalist agenda—that negatively affected Muslims, Christians, Sikhs, Dalits, and other religious minorities.” So, what were these agendas? How did Dalits become a “religious minority”? What about the Sikhs and their heavily funded attempts by Canada, UK, and US to destabilize the Indian Government and bring life to a standstill in the state of Punjab and in Delhi this past year? 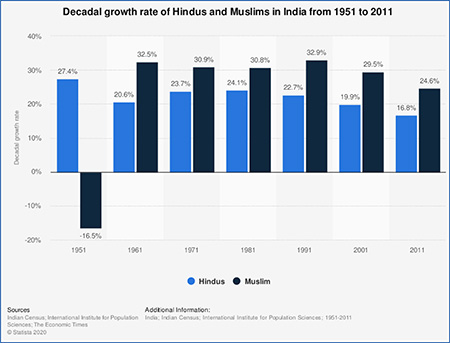 The Commissars then assert that “The government continued to systemize its ideological vision of a Hindu state at both the national and state levels through the use of both existing and new laws and structural changes hostile to the country’s religious minorities.” If there are existing laws and the Constitution of India urges the executive and the legislature to follow certain rules, to make laws within the ambit of the Constitution, how can they be used to “systemize the ideological vision of a Hindu state”? And what is that “Hindu state” that these Commissars are afraid of? Perhaps that this “Hindu state” denies its majority Hindus what is offered to the so-called minorities?

For example, minorities in India are allowed control over their religious institutions, whereas it is the Indian state governments, many a time willfully anti-Hindu, as in the state of Andhra Pradesh now that are in control of Hindu temples and from which they drain vast sums of money to appease their “minorities” and to pander to “minority vote banks.” To this day, the Indian Central Government has not been able to, or has been unwilling to, bring changes in the law to ensure the handing of Hindu temples back to Hindus to manage and take care of. According to Swami Venkataraman:

The Indian Constitution confers extraordinary protections on minorities. But crucially, the equality promised under Articles 14 and 15 and the freedom to manage religious affairs under Articles 25(1) and 26 are abrogated for Hindus, and Hindus alone, in the matter of their temples by recourse to Article 25(2)(a). By considering temple finances a secular matter, the tentacles of the state are now deeply entrenched into purely religious matters such as conduct of puja and other rituals.

So, if the DC based “religion commissars” think that the BJP-led government in Delhi is systemizing its “ideological vision of a Hindu state” then why are they keeping mum that the same government is discriminating against the majority Hindus?

Or as R. Jagannathan points out, in India today, “in a complete perversion of this (Hindu) civilizational heritage, even yoga and the mere rerun of the hugely popular Ramayana and Mahabharata serials on Doordarshan are seen as an antithesis of secularism, an imposition by Hindutva ideologues,” and where India’s highest court “…delegitimize the practice of excluding women in the reproductive age from entering the (Hindu) shrine.” How can the commissars ignore these blatant assaults on Hindus in the one country that they can call their own?

What about Hindus being minorities in some states in India, and they being denied minority status, which would allow them to run their own educational institutions, without interference or onerous demands from the state, as “minorities” are offered in India, and the Hindu majority is denied?

Yes, these commissars know, and they have “heard” of the horrors of religious persecution, especially of Christians and Muslims, whispered in their ears by paid mischief-makers masquerading as “interfaith leaders.” But we know what this annual macabre dance is all about: the leverage and the tools that will be offered to US lawmakers and the DC establishment to yank the chain of some countries, or to poke their fingers in the eyes of others they wish to bring to heel. The USCIRF list is used by global lobbying agencies to discourage investors from investing in the country concerned, but then business is business unless the US Government decides to sanction some government for other geopolitical reasons. More importantly, the USCIRF annual dung-throwing exercise is mainly used to dent the country’s soft power and global image and made much use of by media inimical to certain groups, countries, or peoples, just like The New York Times, The Washington Post, or National Public Radio that are viscerally Hinduphobic. 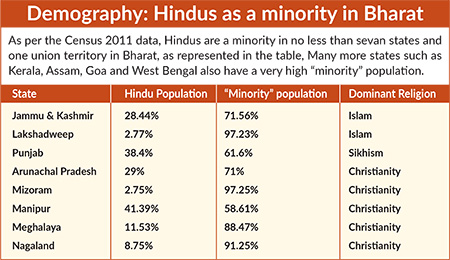 The 2022 report lists 15 countries of “particular concern” and another 12 as on their “special watch list.” Of these 27 countries, 4 are majority Christian (Azerbaijan, Eritrea, Nigeria, and Russia), 5 are communist (China, Vietnam, North Korea, Cuba, and Nicaragua), 15 are majority Muslim (Afghanistan, Pakistan, Saudi Arabia, Tajikistan, Iran, Syria, Turkmenistan, Algeria, Egypt, Iraq, Malaysia, Turkey, Indonesia, Kazakhstan, and Uzbekistan), 1 is majority Buddhist (Myanmar), and 1 is majority Hindu. Of the 193 UN member states, 119 states are majority Christian and 50 are majority Muslim.

Having conquered the world, decimated populations, and destroyed cultures, faith members of these two monopolist, supremacist, and violent “world religions” now seek to carry out their religious writ through the media and global institutions as well as through the so-called “international religious freedom” and “interfaith” groups. The fact that they lure into their fold Hindus and have them do their bidding is also obvious to those of us who closely follow the work done by the international religious freedom and interfaith groups, and look at the people who are nominated as USCIRF commissioners. One of the commissioners, Anurima Bhargava, by name a Hindu, and appointed by Speaker Nancy Pelosi, is just a “busybody” whose work in promoting “dignity and justice” or “equity and belonging” or addressing “harassment and discrimination” has assured herself a pathway to cushy DC positions of power and influence as well as padding her bank balance. We only wish she could have remained in Chicago, her hometown, and done something about the increasing violence in the windy city. 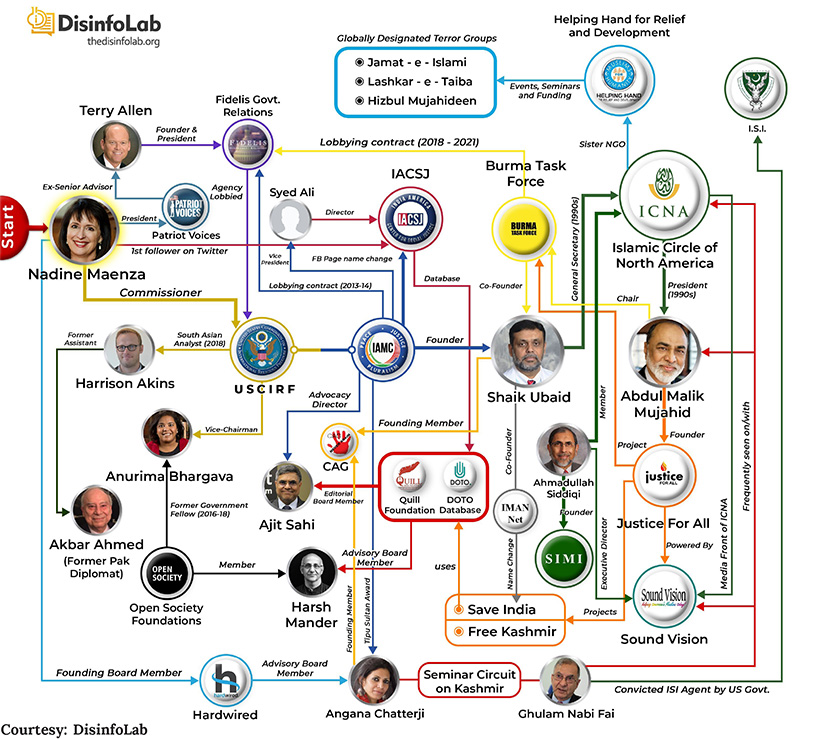 Given the fractious nature of American politics, the continuing and powerful presence and influence of religious groups, mostly Christian, but also increasingly Jewish and Muslim, in Washington, DC, and the American establishment’s firm belief in their own grand plans for the world, we will continue to see the support and funding for an institution like the USCIRF, and the daily pilgrimage that “faith leaders” and their representatives make to the USCIRF’s DC office. This author, too, has visited their offices a few times and understands the nature of the trap set by such institutions. If we don’t go complaining to them about the harm being done to us somewhere in the world, then we will miss the chance to be heard by them and maybe the chance to influence the manufacturing of their annual reports. So, we join the influential groups who do have the ear of the commissioners in this destructive practice. Interestingly, the only such “free speech,” “human rights,” and “religious freedom” promoting institutions are maintained and run by the US and by EU countries led by former colonialists. We wish that on the fine buildings they occupy and in the fat volumes they publish periodically, this slogan is permanently etched: “We robbed you of your wealth, your wellbeing, your sense of self, and we then set you free; but we will make sure that you will always be under our influence, and we will watch you become good, moral beings.” 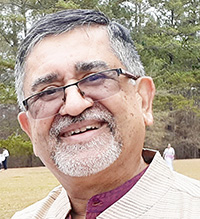 Dr. Ramesh N. Rao is a professor of communication studies at Columbus State University in Columbus, Georgia. He has taught a variety of communications courses across four universities over the past 35 years. He is also the co-author of a book on intercultural communication, and the author of a handful of books on Indian politics and society. At present, he serves as the editor of the online portal, India Facts. Ramesh Rao’s articles have appeared in a number of magazines and newspapers in India, the U.S., and the UK. He blogs at Medium.com

The views expressed here are author’s alone and do not necessarily reflect the views of Desh-Videsh Media Group or any of its employess or the owners.