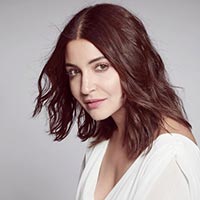 The famous NH10 actress takes a turn at producing for the upcoming TV series Paatal Lok that is to be aired on Amazon Prime starting May 15. This marks the debut of Anushka Sharma in the digital world. The actress shared two teasers of Paatal Lok on social media though the recent teaser finally flashed the release date of this much awaited series.

Anushka shared Paatal Lok’s teaser on Instagram where she tagged almost the entire cast and crew. The actress mentioned that this crime underbelly nor thriller will change people’s perception about the world they live in.

The logo was also revealed in the last teaser that showed a dark world named Paatal Lok. A voice at the beginning of the teaser announces that “shastras talk about a world where justice is only attained by bloodshed. In this world demons mask themselves as humans and jungle rules prevail.” The concept of the intriguing underworld or the parallel universe is brought in this narration. Interestingly, the series deals with major four pillars of democracy – executive, legislative, press and judiciary. As expected the teaser gathered a lot of interest and anticipation.

If you have seen the popular Netflix series Stranger Things then Paatal Lok will remind you of it. The underworld concept and red branches streaming out of the logo draws a good parallel to red lightning sky of the American series.

From Neha Kakkar to Bharati Singh: filming at home trend of the hour
Kapil Sharma to shoot new content from home and re-launch show