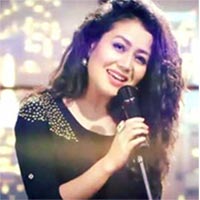 From Neha Kakkar to Bharati Singh: filming at home trend of the hour 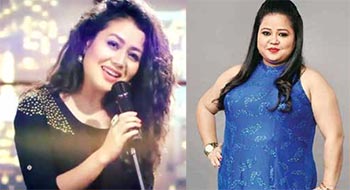 The production process of the entertainment industry has been stalled due to the COVID-19 shutdown. It has been over a month that no fresh episodes were shot on TV channels. However the industry has risen to the occasion with hosts resuming shoots for their shows even while staying at home.

If the creative briefs and the dialogues of the actors are given beforehand the shots can be approved by directors in advance and then actors can shoot from homes. The footage can be intermixed and fine-tuned afterwards. The shoot from home technique is well in use now.

Zee TV’s Guddan Tumse Na ho Payega will soon air a fresh episode. Actors have filmed the episode from their homes and most of the cast have shot trial portions through their phones. Later the videos will be run together to generate a cohesive feel. One of the first scenes shot was Kanika and Nishant with their family members engaging in a video chat.

Colors Choti Sardarni has also filmed a new episode. The lead cast has already filmed from their respective homes. There is news of the new villain’s entry in the show.

Bharti Singh’s Hum Tum aur Quarantine show is much awaited. This Colors daily show features quarantine life. Since Harsh and Limbacchiya have their own production unit at home, the team edits the footage from there.

Inventing new solutions and moving with the times seems to be the intelligent choice of the entertainment industry.