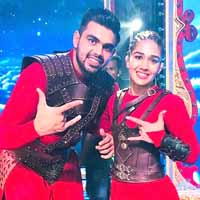 The season’s wrestling duo has now confirmed their relationship in the latest episode of Nach Baliye. Vivek Suhag, baliye of star wrestler Babita Phogat, proposed to her in front of the world. His simplicity and honesty won millions of hearts while he tenderly expressed his feelings to Phogat. 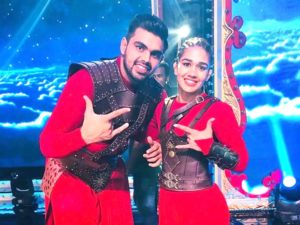 Judge Raveena Tandon asked Vivek, “If you would met Babita in lonely, then how would you’ve proposed her?”, to which Vivek replied, “When you get injured while wrestling, my heart also feels the pain.” In this way, he proposed to Babita in the Haryanvi style. The audience applauded the scene with claps and murmurs of “aaww” which added to the momentum.

Babita and Vivek’s love story began in 2014, when the two  met at a wrestling event in Delhi. Later, they again met again at Babita’s Wrestling Academy, and their story continued along as their love for one another developed. Viewers are mesmerized by the cuteness and grace the couple brings to the show.

Nach Baliye season 9’s theme for this year pits five ex-couples and five existing couples against one another on the dance show. The audience has already given a huge thumbs-up, and episodes are getting huge TRP on air. It will be interesting to see this wrestling Jodi win hearts of people with their performance.