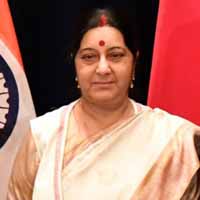 An iron lady, one of the finest leaders, a people’s person, these are just a few titles used to describe India’s Former External Affairs Minister, Sushma Swaraj. The popular leader died of a heart attack on August 6, 2019. She is survived by her husband, Swaraj Kaushal, and their daughter Bansuri. 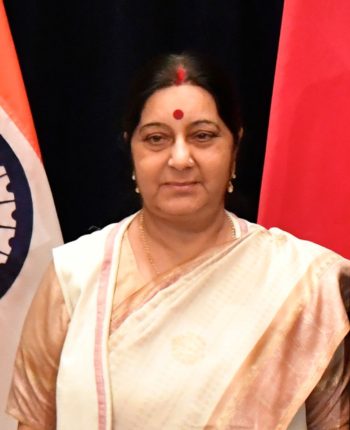 Sushma Swaraj was one of the most accessible ministers of the Modi government’s first term. She was always available to extend a helping hand to Indians who were stuck in distress abroad. A seven-time MP and a three-time MLA, Swaraj opted out of contesting the 2019 Indian General elections due to health reasons.

Sushma Swaraj was India’s first full-time woman foreign minister. Apart from her, Indira Gandhi held the additional charge of this ministry during her tenure as the Prime Minister of Indian. One of the most prolific politicians of India, she was definitely a lady of many firsts. Swaraj was the country’s youngest-ever Cabinet Minister, to be elected at the age of 25. She was Delhi’s first-ever woman Chief Minister, and also the first woman spokesperson of any national political party.

Sushma Swaraj’s passing away left the entire country with the feeling of a personal loss, including Indian Prime Minister Narendra Modi. Modi wrote on Twitter, “A glorious chapter in Indian politics comes to an end. India grieves the demise of a remarkable leader who devoted her life to public service and bettering lives of the poor. Sushma Swaraj Ji was one of her kind, who was a source of inspiration for crores of people.”

Praising her work, Modi also wrote, “I can’t forget the manner in which Sushma Ji worked tirelessly as EAM in the last 5 years. Even when her health was not good, she would do everything possible to do justice to her work and remain up to date with matters of her Ministry. The spirit and commitment was unparalleled.”

Virat Kohli Takes selfies with Fan at a training session
All will be Well – PM Modi to India Inc.