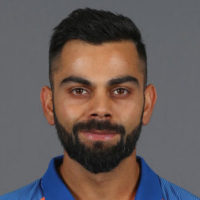 Virat Kohli Takes selfies with Fan at a training session

Indian team captain and skipper Virat Kohli is very well known for his fine gesture alongside his fans. Recently he obliged his fans with autographs and selfie requests at the first training session before their match with West Indies. 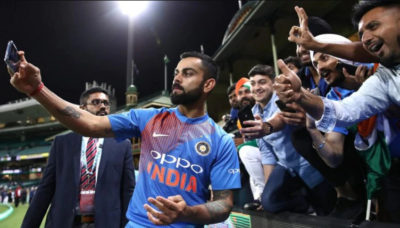 The Men’s cricket team will be playing a 3-match T-20 series against West Indies in Florida. Indian cricket fans are present everywhere to support their native team. And a group of them went at the Central Broward Regional Park Stadium Turf Ground in Lauderhill too.

But all these Virat Kohli fans were treated the same way by the cricketer itself. As Kohli went ner to them and allowed them to take selfies and his autograph too. The Indian captain made sure that the fans aren’t going home empty-handed and gave them his autographs and selfies too.

Virat signed autographs on T-shirts and phone cases as well. Even BBCI tweeted the incident by saying, Skipper @imVkohli does know how to bring smiles and joy to the fans  #TeamIndia

Team India is well balanced and filled with high confidence before playing the matches with West Indies. Virat Kohli’s cool interaction with his fans had already created a buzz on the internet, and it will be really good to see him bat for his nation, yet again!