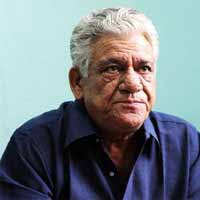 Veteran actor Om Puri passes away Friday morning in his residence. It has sent shock waves among the film fraternity. As far as sources are to be believed, the actor died due to a massive heart attack.

The actor was shooting for a movie and had returned to his residence on Thursday night. On Friday morning when he remained unanswered for a long time, his driver intimated nearby locals who broke into his house and found the actor dead in his room. Post-mortems are being carried out at the Cooper hospital and his last rites will be performed around 6PM at Trishul crematorium.

Om Puri, the legendary actor, was born in Haryana on Oct 18th, 1950. He studied at the film and television institute of India and attended the National school of drama. He was a brilliant actor and had some power packed performances of all times. He debuted with a Marathi movie named ‘Ghashiram kotwal’.

He was a versatile actor and a rare talent. He soon found opportunities in several Hindi movies and has several awards and accolades to his name till date. His outstanding performances in some of the great movies had earned him a name among the film fraternity. He has contributed equally to Art and mainstream cinema.

His profound acting talent is seen in several movies like ‘Ardh Satya’, ‘Akrosh’, ‘Jaane bhi do yaaron’. He had a magnificient career of almost 40 years and was in the field of acting till date. He has featured in the latest blockbusters like ‘bajrangi bhaijan’, ‘Dabangg’, ‘Ghayal once again’ to name a few. He also played some meaty roles in Hollywood and has contributed to the British cinema where he was also nominated for the prestigious BAFTA award.

The great actor has also won the prestigious national award two times during his illustrious career along with the most prestigious Padma Shri award. The film fraternity and the nation pay tribute to the great actor of Indian cinema.