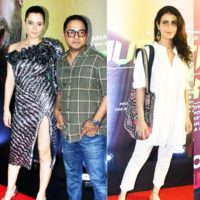 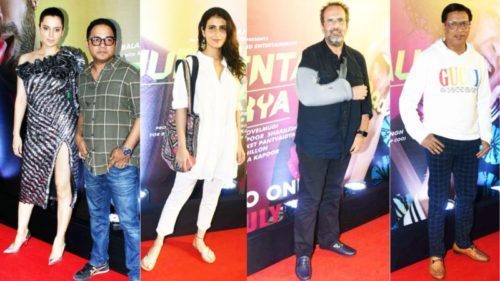 Kangna Ranaut’s Judgemental Hai Kya is all set to amaze audiences yet again. With Queen male lead Rajkummar Rao, Kangna will be seen as never before in the role of a crazy person.

The day before the film’s release, a special screening of Judgemental Hai Kya was hosted for a long list of B-town celebs, filmmakers and directors. Some big names include Anand L Rai, Madhur Bhandarkar, and Ashwiny Iyer Tiwari.

Ashwiny Iyer, who will direct Ms. Ranuat in her upcoming movie Panga, took to Twitter and said, “There is something magical when brilliant actors dive into characters; break rules & dare to be different. @KanganaTeam & @RajkummarRao are a treat to watch as they unfold in #Judgementalhaikya All my wishes.”