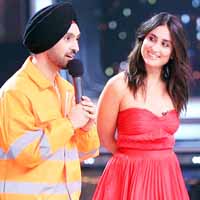 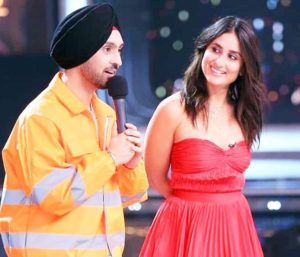 Diljit Dosanjh, who is very shy and quiet by nature, has a new crush. He has recently acknowledged being a huge fan of British pop superstar Dua Lipa. Well, it’s not the first time this handsome Punjabi superstar had fallen for someone.

While promoting his upcoming movie with Kriti Sanon, Dosanjh was asked about his his previous crush on Gal Gadot, to which he replied, “She’s good. I am a fan. But now I am a fan of Dua Lipa.” Immediately after that, he raised eyebrows by saying that he wouldn’t collaborate with any of them. He said, “Just because I comment does not mean I want to collaborate. I don’t wish to collaborate (with them). I am just a huge fan.”