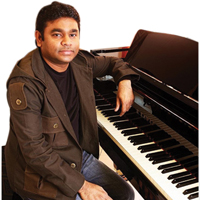 Amitabh Bachchan is busy with small and big screen
Finally, some news about Big B. The Shahenshah of Indian cinema is busy nowadays with the small screen as he is going to play the host-anchor in the television reality show Big Boss-III. The actor will be replacing Shilpa Shetty, who conducted the show in the second edition of Big Boss. Bachchan is very keen on his new innings at the television, his second after Kaun banega Crorepati – so much so that he is said to be developing his own script.
On the film front, the film that is going to release is Aladin. The Eros International’s much touted film, being directed by Sujoy Ghosh casts Amitabh as a genie to Reitesh Desmukh. ALADIN is arriving at theatres on 30th October 2009. The other f ilm that is all set for release is Balkrishnan’s Paa. The film has an unconventional storyline regarding the rare disease Progeria and casts Amitabh Bachchan in the role of a 12-year old child. On the sets of Paa, Big B’s transformation into a child was so complete he behaved like a 12-year old child even when the camera was not on. So startling and complete was Big B’s physical and emotional transformation that even members of the unit were taken in. The uniqueness of the character has prompted the director to name Amitabh Bachchan as a debutante in the film title because he is supposedly ‘ a 12 year old kid’. The film also stars Abhishek Bachchan and Vidya Balan.

Madhur Bhandarkar gets Russian Government honor
Three times National Award winner Film Director Madhur Bhandarkar will be adding more feathers to his cap as he will be honored in a grand style amidst high fanfare by SOVEX PORT FILM, Ministry of Culture of Russia, in Moscow. Madhur will be awarded as the best Film Director for his outstanding contribution to Indian Cinema. The retrospective include Madhur’s critically acclaimed and commercially successful films Fashion, Page 3 & Traffic Signal in Russian sub-titles. Once again Madhur Bhandarkar will make India proud with this achievement and taking Indian cinema to the all-new heights. After having being conferred three National awards for his films Chandni Bar, Page 3 & Traffic Signal respectively here in India, now this will be an International honor for filmmaker Madhur Bhandarkar, achieving the rare distinction of being felicitated in Moscow.

Rahman set to compose for Hollywood comedy
Oscar winning musician A.R. Rahman is set to compose music for his first full-fledged Hollywood project Couples Retreat. Directed by Peter Billingsley, the comedy revolves around four couples who settle into a tropical-island resort for a vacation. It stars actors like Jason Bateman, Vince Vaughn, Malin Akerman and Kristen Bell. Rahman, who won two Oscars for his compositions in Slumdog Millionaire, said he would now make music to suit a typical American romantic comedy. After having tasted stupendous success in scoring music for Hindi films like Lagaan, Dil Se, Roja, Zubeida and the forthcoming Ravan and Blue – it is to be seen how d o es Rahman fare in a a true blue Western film as a Music composer.

Akshay, John team up again after four years
Akshay Kumar and John Abraham was last seen together on the laugh riot Garam Masala – which turned out to be a huge success. Years after, they are again coming together in director Anthony D’Souza proposed next film. D’souza’s maiden underwater thriller Blue is yet to be out, but has already convinced his producer Shree Ashtavinayak Cine Vision Ltd. to produce his next that will star Akshay Kumar and John Abraham. The film to start early next year will have never-before action. After going underwater in ‘Blue’, the director will indulge in a lot of aerial stunts in his next. A.R. Rahman will score music for the film.

Raja Menon’s Barah Aana starring Naseeruddin Shah, Vijay Raaz, and Arjun Mathur, after having received rave reviews in the New York Times, The Herald Tribune, and other international journals as well as being critically acclaimed domestically, has now been selected by the 45th Chicago International Film Festival. The festival is one of North America’s most prestigious, and oldest film festivals. The film will be in the World Cinema section, a section that showcased such great filmmakers as Wong kar wai, and Majid Majidi last year. The film travels to other festivals in New Jersey, Seattle, and New York in the months of October and November after which it hopes to be showcased in the European festival circuit

Hindi films showcased at Toronto Film Fest
The Indian Films – Studio 18 presented Road, Movie had a grand premiere at Toronto’s historic and cavernous Winter Garden Theatre on September 18. The Dev Benegal-directed drama, the only Indian feature to be invited as a special presentation at the recently concluded Toronto International Film Festival, was incredibly received by the media and audience alike, culminating in a standing ovation from a diverse audience. The actors of the film include Abhay Deol and Tannishtha Chatterjee – who were present at the screening.
Another film to be premiered at the Fest was UTV and Ashutosh Gowariker’s forthcoming romantic comedy What’s Your Raashee? Spreading the Indian flavor, the stars of the movie, Harman Baweja and Priyanka Chopra, along with Director Ashutosh Gowariker and Producers Ronnie Screwvala and Sunita A. Gowariker, graced the premiere held at the Roy Thompson Hall.

Priyanka Chopra, Hrithik bag youth icon awards
Actors Priyanka Chopra and Hrithik Roshan bagged the youth icon awards in the entertainment field at the inaugural edition of the India Youth Icon Awards organized jointly by Wizcraft Entertainment and electronics major Videocon at Mumbai. Congress leader Rahul Gandhi won the Icon of the year award at the same function. Priyanka beat Katrina Kaif to the top spot and Hrithik left behind actor-director Farhan Akhtar to bag the award. The awards are aimed to recognize and reward individual excellence and exemplary achievement in the genres of business, sports, entertainment, media, social welfare and justice and technology. Aishwarya Rai Bachchan was graced with the Global Face of the Year award, while Deepika Padukone was named the Fashion Icon of the Year.and Sunita A. Gowariker, graced the premiere held at the Roy Thompson Hall.

Mr. Subhash Ghai, ‘’Bollywood’s Showman’’ as a Juror in the final round of judging for the 2009 International Emmy Awards. This is the second time Ghai is being invited as a juror in the Emmy Awards. Ghai has also been invited as a Juror to attend The 37th International Emmy Awards Gala, which will take place in the New York City. The director par excellence has swayed by his brilliance in giving India memorable movies over a career span of more than 30 years.
Despite the debacle of their last film done together – Laaga Chunri mein Daag – producers Yash Raj Films has again roped in the Parineeta director Pradeep Sarkar to weild the megaphone for their next project. The untitled project will star Deepika Padukone and Neil Nitin Mukesh in lead roles and is slated to go on floor in December It is scheduled for a 2010 release.
After almost one and a half decade, filmmaker Raj Kumar Santoshi is back at comedy film making. His Andaz Apna Apna with Aamir and Salman Khan went on to gain a cult status and is one of his most successful films. Now after a lengthy gap, all eyes are set on his next film, romantic comedy Ajab Prem Ki Ghazab Kahani starring Ranbir Kapoor and Katrina Kaif in the lead. Santoshi is very upbeat about this new film and feels that it resembles a Laurel-Hardy type of comedy.
Maverick director Ram Gopal Varma, who has been a big fan of Shatrughan Sinha, has roped in the veteran actor for his latest film.The film under discussion is Rakta Charitra which is going to be a Hindi-Telugu bio-pic based on the life of the alleged outlaw Paritala Ravi. Shooting starts in Hyderabad this month. Paritala Ravi, who was wanted in several serious cases, contested and won elections on a Telugu Desam ticket. Ram Gopal Varma confirms that Shatrughan Singh plays the Telugu Desam party-chief N.T. Rama Rao who was also the chief minister of Andhra Pradesh. Veteran Telugu actor Mohan Babu will play the role in the Telugu version of Rakta Charitra.
Ajay Devgan and Akshaye Khanna will be seen in dramatic fight scenes in Priyadarshan’s hard-hitting tale of honour killing set in Bihar. And to tone their bodies for the gruelling actions, the actors have got a makeshift gym in Karaikudi, Tamil Nadu, where the film is being shot. The filmmaker has relocated a village of Bihar to Karaikudi in Tamil Nadu’s Sivaganga district to shoot his inter-caste love story. Priyadarshan has roped in his old action director B. Thyagarajan and Francis, a stunt director from South Africa, to devise the action scenes that would take the director’s drama into the region of riveting realism. The action sequences have both Ajay and Akshaye locked in hand-to-hand combats, and other very basic forms of physical aggression that went out of vogue with the old Kung Fu films. Seems to be action and action all the way for Akshay , Ajoy and of course…Priyan !!