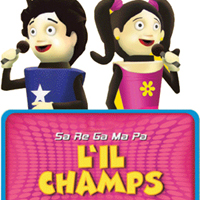 The popular television reality show, Sa Re Ga Ma Pa Little Champs 2009, winner is Hemant Brijwasi from Mathura. Yatharth Ratnam Rastogi is the runner up and Shreyasi Bhattacharya placed in third. Sa Re Ga Ma Pa Little Champs 2009 winner Hemant Brijwasi got more than 1.5 million votes in total. Famous Bollywood actor Salman Khan announced the result.
The event was broadcast live from Andheri Sports Complex Mumbai, and the host was none other than the famous playback singer Shaan. Abhijit Bhattacharya and Alka Yagnik were the show judges. Bollywood stars Ajay Devgan and Asin Thottumkal along with Salman Khan also attended the grand finale. The Bollywood stars were promoting their upcoming film London Dreams.
The season finale aired on October 24, 2009 and was also the 1,000th episode of SRGMP, representing one of the biggest achievements in the history of the talent singing show. Along with the finalists, the final episode of Lil Champs also featured several major celebrities like Ankita Lokehande from “Pavitra Rishta,” Ratan Rajput “Laali from Agle Janam” and performances by cast members of London Dreams, the upcoming Bollywood musical directed by Vipul Shah.

Lil Champs brought together the wonder of childhood with the excitement of musical performance and allowed the younger set to express themselves through friendly competition. With this show, Zee TV continues to celebrate a child’s intrinsic talent by giving them a chance to compete on a worldwide platform, unprecedented exposure, and experience.
10-year old, Dhairya Sonecha, and six-year old, Afsha Musani, hosted the show. Dhairya is a very popular child actor in India, most notably from films such as Babul, Partner, and Tahaan. A singer and former Lil Champs contestant herself, Afsha was selected to host the show instead of acting as a participant when the judges noted her confidence and charm during auditions. Both Dhairya and Afsha are the youngest reality show hosts on television!
Now in its third season, Sa Re Ga Ma Pa Lil Champs is a unique platform where children 8-13 years old are able to showcase their talent to the world. The popularity of the show has been witnessed with a strong increase in ratings year over year.

Now in its third season, Sa Re Ga Ma Pa Lil Champs is a unique platform where children 8-13 years old are able to showcase their talent to the world. The popularity of the show has been witnessed with a strong increase in ratings year over year.
“

This year’s finalists are exceptionally talented, and perhaps the strongest group we’ve had since the beginning,” said Subroto Bhattacharya, CEO, Zee TV USA (Americas). “We applaud all the contestants who’ve made the show one of the most popular on our network, and along with the rest of Zee’s audience, we anxiously await to see who will be crowned this year’s champ.”
Zee – a name that has become synonymous with entertainment – has been a dominant player in broadcasting content for more than 17 years in the national and international space. As an Indian channel, Zee is committed to supporting the values and cultures that appeal to South Asians across the globe. With many firsts already associated with its name, Zee has also become a pioneer in the international space, refurbishing its flagship channel to reach out to the South Asian Diaspora worldwide.
Not only did the channel grow and create a strong foothold in the market, it has also been responsible for evolving to the needs of the market for content across genres and languages. Consequently the team launched channels that cater to a noticeably wide audience spectrum. Channels like Zee Cinema (Bollywood movie channel), Alpha Punjabi (Punjabi general entertainment channel), and Zee Sports (sports channel) were launched in the US market.
After successfully launching these channels, Zee TV USA has ventured into pro

ducing content locally to reach deeper into the South Asian Diaspora, while making them feel closer to their roots. Sa Re Ga Ma Pa (SRGMP) came into being 12 years ago and Indian television history has no other program parallel to this. In 2008, for the first time ever SRGMP was produced in an international market (USA) and has quickly become one of the highest rated shows on Indian television. 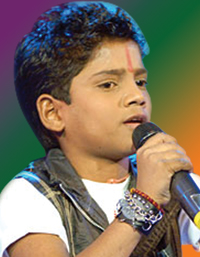 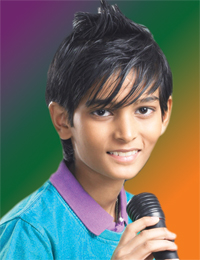 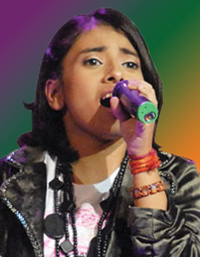