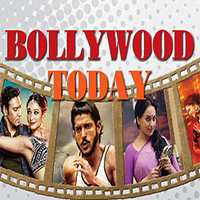 These days, Suneil Shetty is giving his career a re-look and planning for an extended innings ahead, Shetty is signing his films more carefully and his latest projects boast of being highly prestigious with backing from all the right people. is next couple of films are slated for release after a gap of almost 6 months. All set to arrive on the silver screen once again, Shetty would be seen in Fool N Final and Cash, both of which are expected to arrive in the month of April. Both the films are 100% action masala entertainers and boast of being true blue multistarrers.

Other than these films, he has also been signed up for Anubhav Sinha’s Airport where he co-stars with Sunny Deol, Bobby Deol and Arjun Rampal while Firoz Nadiadwala has roped him in for the third in the series of Hera Pheri. True, one can see a lot of Suneil in the coming days !

Well-known Bollywood producer Sajid Nadiadwala’s banner, Nadiadwala Grandson Entertainment Pvt Ltd (NGE), has clinched a deal with Fox Studios Australia for the pre and post -production work of Heyy Babyy being extensively shot in the exotic locales of that country. This makes Heyy Babyy the first Indian film to be processed in Australia and NGE the first Indian production house to have an office at Fox Studios.

The Australian government and private agencies have been actively pursuing more trade relations with Bollywood. Heyy Babyy is the result of their endeavour in that direction. Australia has more than 130 million dollars worth of India centric projects.

Here are the Heroines...

Ayesha Takia would seen paired with Aamir Khan and Ayesha Takia in Murugadoss’s upcoming Hindi film. Madhu Varma and Alu Arvind will produce this untitled film. According to sources, Ayesha has signed this film and she will be cast opposite Aamir Khan. The film is a remake of the south Indian film Gajini which was originally made by Murugadoss himself. Ayesha is currently doing three films. She will be seen in Lovely Singh’s Kya Love Story Hain with Tusshar Kapoor, E Niwas’s De Taali with Riteish Deshmukh and Aftaab Shivdasani and Ahmed Khan’s Fool and Final opposite Shahid Kapoor.

Bollywood actress Sushmita Sen has decided to produce Jhansi Ki Rani, in which she plays the role of the warrior queen, because she feels others cannot translate her vision satisfactorily on screen. At the moment Sushmita is in serious closed-door discussions with her scriptwriters. She hopes to zero in on a director (one of the top names in show business) in the next couple of months. “Every actor has a dream role. Mine is Jhansi Ki Rani. I’ve always created a situation where I can make my dreams come true. This is my chance to play the one historical character that I most closely empathise with.”, said the ex-Ms. Universe.

Another beauty queen turned film actress, Priyanka Chopra will be seen playing a double role for the first time in her career in Love Story 2050. The film, shot in Adelaide (South Australia), is a futuristic science fiction film loaded with special effects. It is loosely based on H.G Wells ‘Time Machine’. The film is produced by Rowena Baweja and one would find her brother Harman Baweja makes his debut with Love Story 2050. The background music is scored by Salim-Suleiman along with Anu Malik with lyrics by Javed Akhtar.