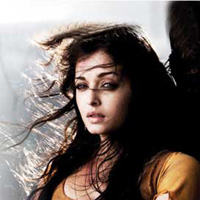 Move over Aishwarya Rai, another actress of Bollywood is going international. Celina Jaitley has recently signed an international film. It is a New Zealand-Australian co-production, Love Has No Language. It will be directed by Mr. Ken Kahn, technical advisor of the trilogy Lord of The Rings. Celina will be portraying the character of a nonresident Indian girl who is born and brought up in New Zealand. She will be starring opposite Australian actor Ben Mitchell.

As if this exposure is not enough, this former Miss India has signed on as the brand Ambassador of Egypt. Celina will be promoting the exotic land of the Nile, pharaohs, and pyramids. Celina was chosen because her vivacious personality complemented the vibrant and mystic beauty of Egypt. In fact according to Egyptian officials, Celina’s natural beauty represented the spirit of their tag live – Nothing Compares. While it looks like the Indian beauty is going to spread her charms like mystical Cleopatra, the last queen of Egypt, there is hardly any doubt about her global appeal.

Shyam Benegal to produce film on ‘Spy Princess’ Shyam Benegal, one of India’s best known directors, has announced a major international film on the life of Noor Inayat Khan, the courageous Indian woman who was a secret agent in the Second World War and was awarded the George Cross for her bravery. Based on the best-selling and critically acclaimed book The Spy Princess, by Shrabani Basu, with a screenplay by Lord Meghnad Desai and Kishwar Desai, the film will be made in English, French, German and Hindi. The story of Noor Inayat Khan will be portrayed as an intensely human story of a woman brought up to tell the truth and eschew violence, who fought as a spy and died in a Nazi concentration camp with the word “Liberte” on her lips. The crew and cast are yet to be finalized.

PNC takes animated Hindi films to Hollywood Pritish Nandy Communications has signed a 25 Million five film deal with Motion Pixel Corporation, the Florida-based animation company, with one of the world’s best animation studios, Estudio Flex in Costa Rica, to animate five full-length Bollywood feature films with Indian and international cast and crew. The films will be chosen from PNC’s own boutique of produced films over the last few years. The deal will see PNC handle creative aspects of these animated films from the development of scripts, movie soundtracks, and contracting top Bollywood and international stars to do voice-overs for the animated characters. MPC will handle all components of the animation through Estudio Flex. The first of these joint venture animation movies is expected to be ready for release in the first half of 2008.

Mallika Sherawat creates history again Carrying controversy and hot news in her purse at all times, Bollywood bombshell Mallika Sherawat is again in the news. She will be doing a 10 minute cameo in Himesh Reshammiya’s Aap Ka Suroor, and is reported to be paid Rs 1.50 crore for the act. If one can recall, for his ten-minute role in SUPERMAN in 1978, Marlon Brando was paid $14 million or $1.4 million per minute making him the highest paid actor per minute, and now Mallika, at Rs 1.5 million per minute, stands as the highest paid actress in the history of Bollywood!

Vidya Balan may have just one release each on 2005 (Parineeta) and 2006 (Lage Raho Munnabhai), but her hands will be full in 2007. This year, she will be visible throughout the year with at least eight of her films hitting the marquee. Having her earlier films like Guru, Salaam E Ishq and Eklavya already released, she is looking up to the next lot of five films that will hit the screen from July onwards. Beginning with Hey Baby, then Halla Bol, Dus Kahaniyaan, Bhool Bhulaiya and finally in a cameo in Om Shanti Om.

Aamir Khan has two films to shoot this year After sustained rumours about a supposed fallout between Aamir Khan and Mani Ratnam, the result of their project, based on renowned Urdu writer Ismat Chughtai’s classic Lajjo, things are believed to have fallen into place at this time, and shooting will begin in the last quarter of 2007 in Rajasthan. The film will feature Kareena Kapoor in the lead.

The delay has allowed Aamir Khan to shoot for an untitled film, which will be the Hindi remake of Tamil blockbuster Gajini. To be directed by the original director of the Tamil film, A.R. Murugadas, the film will also have actor Mohit Ahlawat of ‘Shiva’ fame.