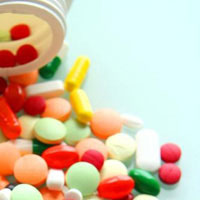 The PEMF, a Scandinavian pain relief technique, has received good response from several medical quarters and some are carrying out research on it. Escorts Hospital and Sports Medicine Department of Guru Nanak Dev University in Punjab have shown interest. Through this technique blood pressure in the legs is measured, which helps to indicate the state of blood circulation. It examines in which part of the body the arteries are blocked and also if blood circulation is not taking place properly. At this point, electromagnetic pulses occur throughout the veins which clear the blockages.

India nearly doubles free AIDS treatment centers India’s state-run AIDS control agency has nearly doubled the number of clinics giving free anti-retroviral drugs to tackle the growing number of infections in the country which now has the world’s most AIDS cases. Ninety-one centers are now operational which is an increase from 54 about six months ago. About 85,000 people are expected to take up the offer of free anti-retroviral drugs at government health centers over the next six months, up from the 40,000 now.

All 91 centers have specially trained and appointed doctors, counselors and laboratory technicians to help initiate patients on ART (anti-retroviral treatment) and provide regular follow-ups. India has the world’s highest HIV/AIDS caseload at 5.7 million people, according to UNAIDS. Besides the 40,000 Indians currently receiving free drugs from government centers, gigantic public sector organizations such as the railways provide nearly 10,000 people with free treatment.

According to the Ministry of Health and Government of India, the relationship between oral cancer and tobacco can be assessed from WHO (World Health Organization) estimates which state that 91 percent of oral cancers in Southeast Asia are directly attributable to the use of tobacco. India should set up a national regulatory authority to oversee effective implementation of the tobacco-related laws. A prohibition on the sale of tobacco products through vending machines, a ban on the sale of tobacco products to minors, and a ban on visible stacking of tobacco products at the point of sale have also been proposed through an amendment to the rules to restrict youth access. It would be formed under the 11th Five-Year Plan (2007-12).

Healing touch of ayurveda for Indian IT industry Stiff necks, numb lower backs, strained fingers and tired eyes, modern day ailments of the ‘computer generation,’ a healing touch is being brought by the ancient science of Ayurveda. This branch of medicine is very effective in tackling lifestyle diseases. For this reason, Thrissur-based Vaidyaratnam Oushadhasala has opened a treatment centre at Bangalore, the IT hub of the country. As of January this year, the response from the IT professionals had been quite good.

Saying that yoga belongs to the country and the entire human race, yoga guru Swami Ramdev also echoed the majority’s thoughts on the patenting issue. He stated “Yoga can’t be owned and run like a company. Since there are attempts to patent this tradition (of yoga) in America, the Indian government and yoga organizations should take measures to prevent it. A Sanskrit word, yoga means the union of body and soul and is being practiced in India for thousands of years. Yoga finds mention in scriptures – the Upanishads and Puranas – composed by the Aryans in the Vedic and post-Vedic period.”